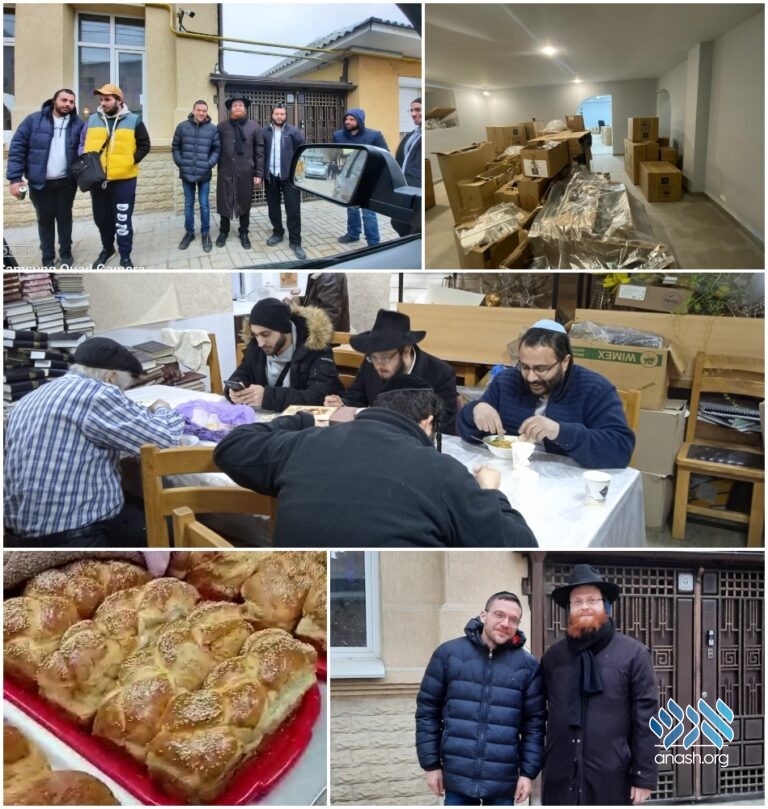 As refugees escaping from the Russian attack on Ukraine pour into Moldova, the country’s shluchim began setting up operations to help them with kosher food and basic necessities.

As refugees escaping from the Russian attack on Ukraine pour into Moldova, the country’s shluchim began setting up operations to help them with kosher food and basic necessities.

The first refugees from the war in Ukraine crossed the border into Moldova on Thursday at noon and arrived at the center of the Jewish community in the capital, Kishinev, headed by the state’s chief rabbi, Rabbi Yosef Yitzchok Abelsky.

Rabbi Mendy Axelrod, another local shliach, said: “In addition to the refugees who have already arrived, people are calling us from Ukraine that they want to come. The timing is complicating matters, with Shabbos just around the corner, so we are making sure to be prepared.

He said that the community’s general manager, Rabbi Zushe Abelski, had instructed all the shluchim and Chabad House staff to prepare in advance, so even before refugees arrived, they had already been stocked up with groceries and preparations had been going on in full swing.

Shluchim Rabbi Mendy Gotzel and Rabbi Shmuel Zalmanov have also been assisting in the preparations for the absorption of refugees.

Rabbi Zalmanov added: “According to estimates, hundreds more Jews will arrive on Friday, most of them Israelis. In the Chabad House Kitchen we are preparing large quantities of food, challah, fish and salads around the clock to provide for everyone. We will also help with accommodation as much as we can.”

Rabbi Goetzl added: “We ourselves in Moldova also fear a Russian invasion, because we may be the next target. Nevertheless, the shluchim remain here, davening and hoping that the war will end soon.”