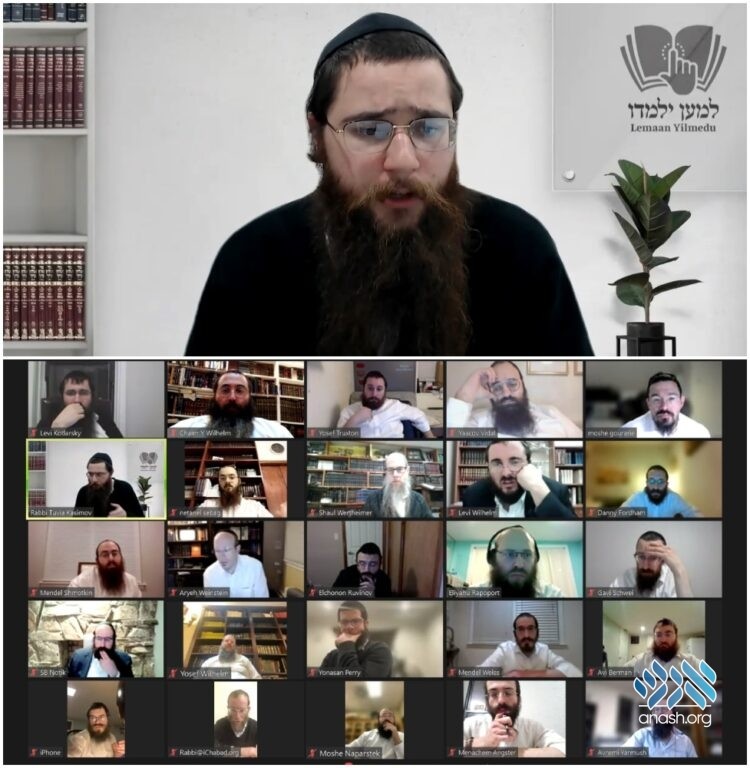 Dozens of shluchim participated this week in the first meeting of the “Posek in Hilchos Tahara” course, given by Machon Limud Halacha Lemaan Yilmedu.

Dozens of shluchim participated this week in the first meeting of the “Posek in Hilchos Tahara” course, given by Machon Limud Halacha Lemaan Yilmedu. Over a year and a half, they will learn Hilchos Nidda and do shimush in practical questions of hilchos taharas ha’mishpacha.

The director of the Machon, Rabbi Chaim Yisraol Wilhelm, began the meeting by speaking briefly about his father, Rabbi Zushe Wilhelm a’h’s vision to make the world of halacha accessible to all, with an emphasis on learning practical halacha to know what to do.

The maggid shiur, Rabbi Tuvia Kasimov, moreh tzedek in the Beis Horaah in Crown Heights, spoke briefly about the importance of learning from the Shulchan Aruch and not sufficing with books of summaries etc. He then went straight to a deep shiur on the topic of harchakos, starting with the Tur and Beis Yosef, The Shulchan Aruch, and then practical questions that were posed to him and that appear in the works of Acharonim.

The hanhala of the Machon says that considering the success with the first class, and following requests from shluchim who were not accepted to the class due to lack of space, registration for a second class is underway.

For details and to register for the program: https://www.lemaanyilmedu.com/product/hilchos-nida