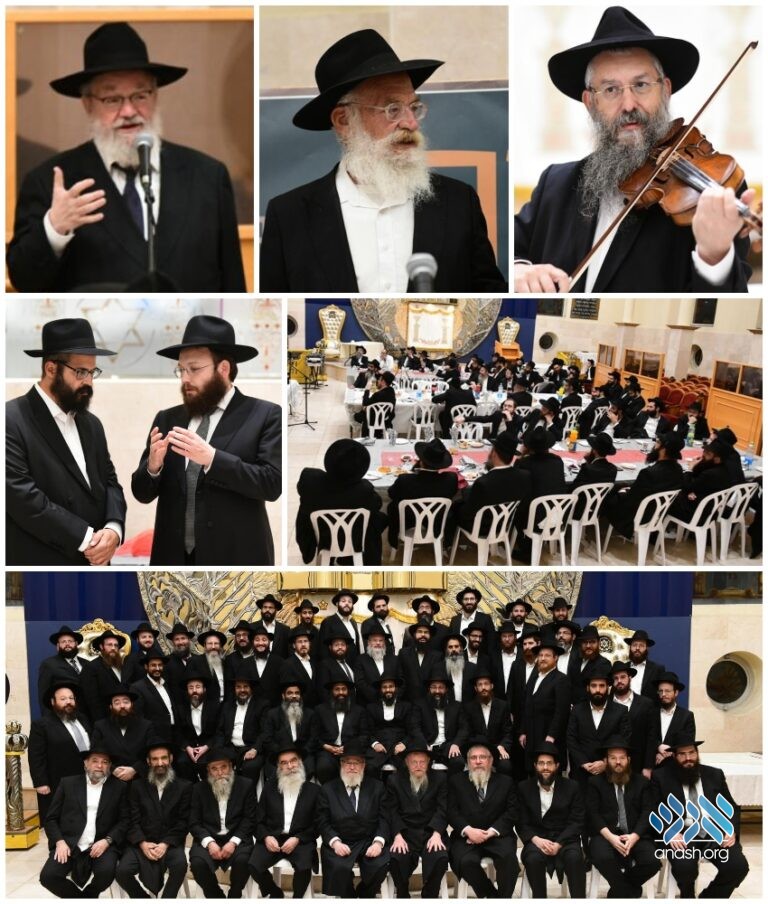 In an impressive and festive event, seventy shluchim in Tel Aviv-Yafo headed by Head Shliach Rabbi Yosef Gerlitzky, gathered this past Motzoei Shabbos for a Melave Malka meal and festive gathering to discuss how to further spread Yiddishkeit in the big city.

The guest speaker at the conference was one of the oldest shluchim in Eretz Yisroel Rabbi Shneur Goodman, shliach to the city of Ashdod, who strongly emphasized the tremendous responsibility the shluchim have as representatives of the Rebbe. He also shared with the shluchim instructive answers he received from the Rebbe throughout the years.

The host, Rabbi Yosef Gerlitzky, emphasized in his remarks the special work of the shluchim in the city of Tel Aviv, to acquaint and make accessible to tens of thousands of Israeli children the tradition of our ancestors, and to instill in them the love and connection to Torah and Mitzvos. Rabbi Gerlitzky said that Rabbi Chaim I. Hadakov, the Rebbe’s chief secretary, told him at the beginning of his mission to Tel Aviv that part of his mission is “not to leave one child in Tel Aviv who does not know how to say Mode Ani.

The representative of the shluchim, Rabbi Yitzchak Hadad, the shliach in Yad Eliyahu, a neighborhood in Tel Aviv, spoke about the power of unity and brotherhood among the shluchim, that when they work together and help and advise each other, it doubles the success of the shluchim tenfold.

The conference was entertained by the Chasidic violinist R. Mordechai Brotzky and moderated by Rabbi Menachem Gerlitzky, the emissary to the new northern neighborhoods, who explained the uniqueness of the regional shluchim gathering in preparation for the international Kinus in N.Y. and announced new and innovative programs from the Chabad Center in Tel Aviv.