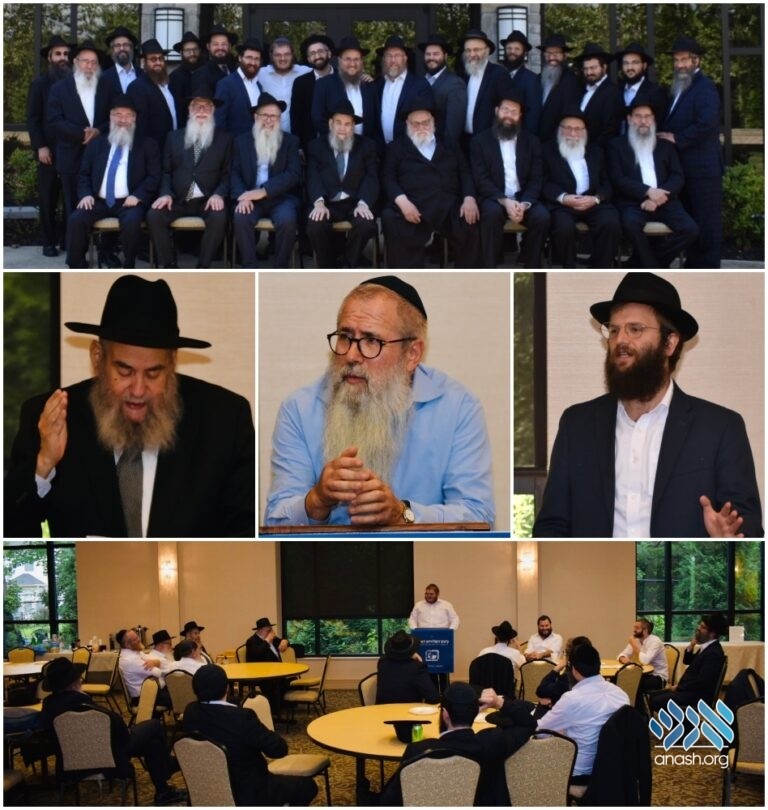 Shluchim from Indiana, Illinois, Kentucky, Michigan, Ohio, and Wisconsin gathered this past Sunday for the annual Midwest Regional Kinus, held this year at the Chabad Center for Jewish Life in Indianapolis.

This Sunday, 24 Av, shluchim from Indiana, Illinois, Kentucky, Michigan, Ohio, and Wisconsin gathered for the annual Midwest Regional Kinus, held this year at the Chabad Center for Jewish Life in Indianapolis.

The kinus featured an update from all Indiana shluchim, describing the amazing growth around the state, which now boasts 8 full-time shluchim families, under the leadership of Rabbi Avrohom and Nini Grossbaum.

An address by Rabbi Moshe Kotlarsky,  who despite his current health challenges made a herculean effort to fly and attend the kinus for a few hours, focused on the pride shluchim must feel as representatives of the Rebbe. He emphasized the growth of Chabad over the last 70 years, and how the Rebbe’s vision continues to change the landscape of Jewish life in America and around the world.

Next on the program was a talk by Dr. Louis Profeta, an emergency room physician at a local hospital for more than 30 years. The talk focused on what constitutes a medical emergency, and after he concluded the shluchim discussed the various halachic implications tied to emergency medicine.

After mincha and a tour of the beautiful Chabad House, the shluchim held a round table discussion on how to best implement the Rebbe’s vision for hakhel in their communities. Answers from the Rebbe were shared and analyzed, concluding with a video of a sicha encouraging everyone to observe hakhel in the most expressive manner possible.

Following dinner, a presentation by Mark Swatez, executive director of the Greater Indianapolis Jewish Federation, brought to light the many ways local Chabads and Federations can work together. Mr. Swatez highlighted some of the differences in the mission and function of Chabad and Federations, but also said he looks forward to continued partnership in any way possible.

After maariv and a short break, the shluchim sat down around the table for a farbrengen, led by Rabbi Sholom Ber Cohen of Montreal, who flew in just to be able to inspire shluchim. The farbrengen went on into the early hours of the morning, in a spirit of sheves achim gam yachad.

The next morning, after shacharis and breakfast, the shluchim departed and each returned to his makom hashlichus invigorated and inspired to keep the torch burning.