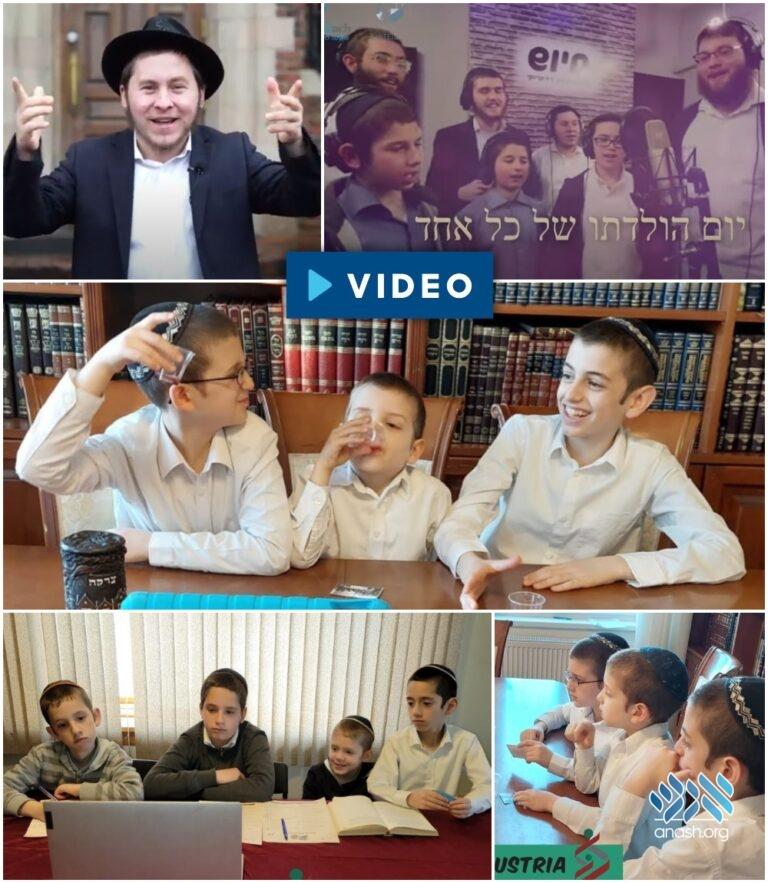 1000 shluchim families enjoyed a virtual farbrengen in honor of Yud Alef Nissan, including a virtual tour of 770 and an original musical composition professionally recorded for the occasion, presented by the MyShliach Choir.

At a gathering of young Shluchim in honor of Yud Alef Nissan, they enjoyed a special video presentation with a thorough tour of 770. Together with Rabbi Mendy Schiff of the MyShliach Hebrew staff, the children traveled through the entire building, discussing the history and significance of each part of the headquarters of Chabad.

Nothing was skipped, stopping by the Rebbe’s room, the small Zal, the Rebbe’s farbrengen bima, the Tzedaka box with a slot for young children and more. The virtual experience was a real treat, informative for all, and fascinating for those children who have not yet been able to visit in person.

The Farbrengen, celebrating the Rebbe’s 120th birthday, brought singing and dancing into the living rooms in Shluchim homes across Europe, Asia, and Eretz Yisroel. Arranged by the MyShliach Hebrew team at Merkos 302, over 1,000 families joined in the gathering over Zoom or the live stream on YouTube.

“Despite being alone in their respective homes, the excitement was palpable, pouring through the screen. I watched as children broke out into a dance with their siblings. It was truly beautiful to see the young Shluchim unite over their shared passion for the Rebbe and his milestone birthday,” said Rabbi Mendy Kotlarsky, executive director of Merkos 302.

The MyShliach Choir then presented another special surprise; an original composition professionally recorded for the occasion. The song, entitled ‘L’Chaim Bruder’, is based on a conversation between two famed Chassidim. Rabbi Gershon Mendel Garelik and Rabbi Leibel Raskin were once discussing their deep feelings of Hiskashrus to the Rebbe, which led them to mark Yud Alef Nissan the day the Rebbe’s was born, as their own birthday.

The twelve Pesukim were then recited, and Rabbi Nechemia Willhelm of Bangkok, Thailand, was introduced to address the crowd. He farbrenged with the children, stressing the Rebbe’s unique and individual love for each of his precious Shluchim and the children specifically.

At the climax of the gathering, a grand raffle was held between all the participants. The winner was awarded a free ticket to the Rebbe, receiving the Zechus to visit the Ohel and 770. All the young Shluchim were delighted for their fellow Shlucha when Mushka Drukman of France was announced as the winner.

Inspired and recharged, the children walked away with renewed connection to the Rebbe and enthusiasm for their Shlichus.