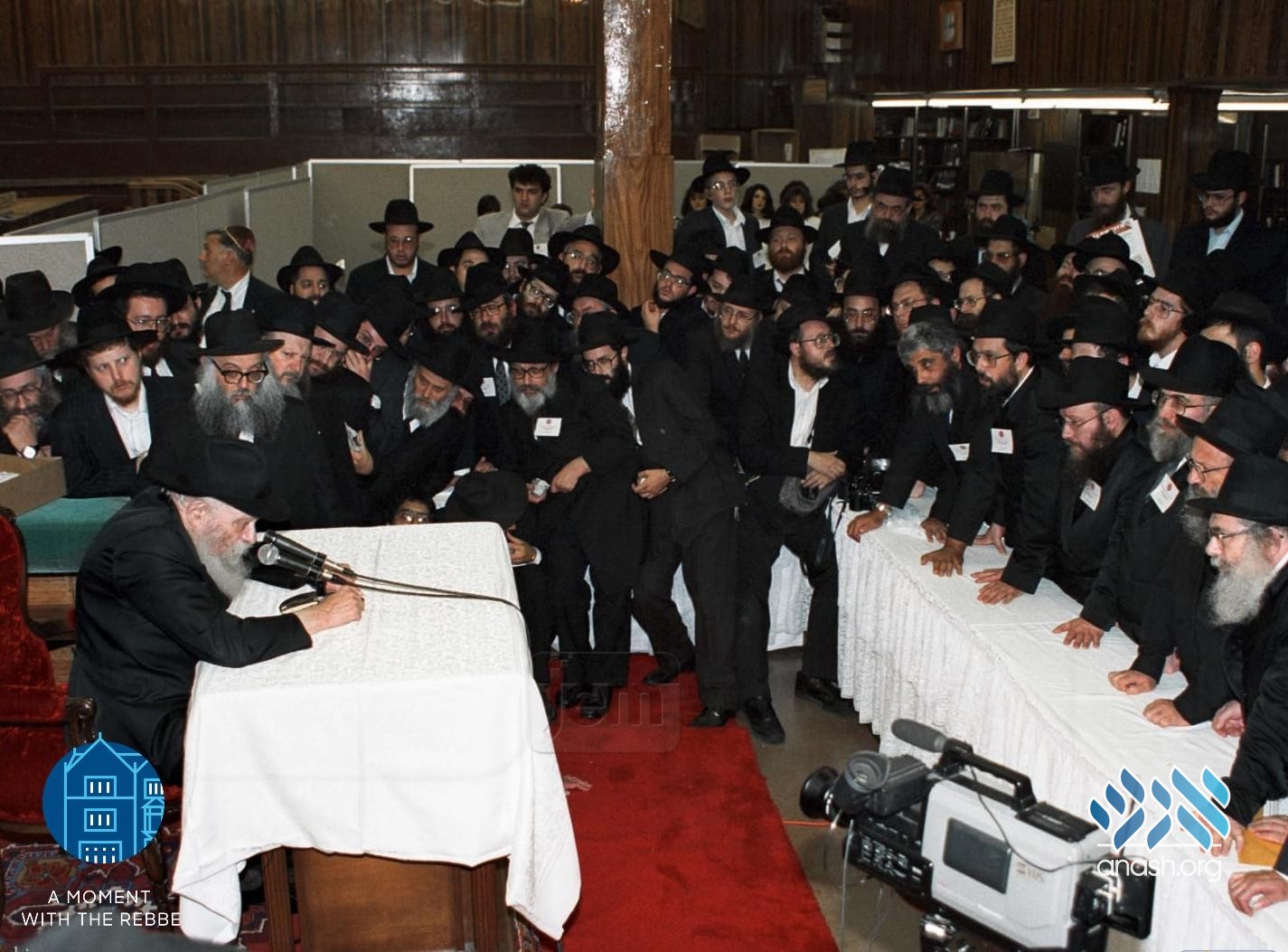 A Moment with the Rebbe: When sending off two shluchim to their transformative shlichus, the Rebbe reminded them about the “innermost point” – nachas from their own children.

As a general sees off his troops, while also as a father sees off his children, the Rebbe would bentch the shluchim before they set off on their holy work.

Reb Nosson Gurary, before leaving on shlichus to Buffalo, NY, merited a yechidus together with his wife a”h. The Rebbe bentched them with hatzlacha in their shlichus, and in making a dira bitachtonim.

Reb Yitzchok Dovid Groner, the shliach to Australia, recorded a similar bracha. As he went in for a 5 Tammuz 5733 (1973) yechidus, the Rebbe instructed him about various activities in Eretz Yisroel, Belgium and Australia.

After these matters of global Jewry were seen to, the Rebbe said to him: