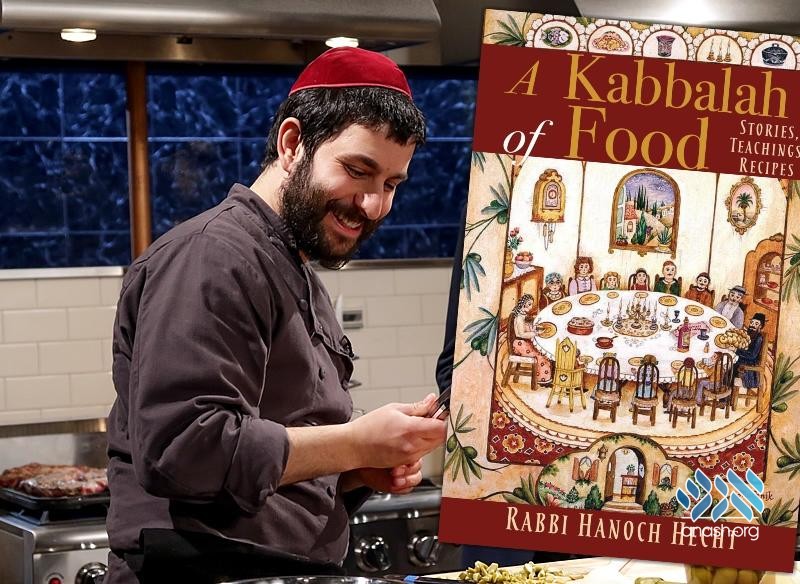 A new book by Rabbi Hanoch Hecht, illuminating the essential role food plays in Jewish tradition, is the No. 1 new release on Amazon.com in the “Jewish/Hasidism” category.

A Kabbalah of Food: Stories, Teachings, Recipes by Rabbi Hanoch Hecht is the No. 1 new release on Amazon.com in the “Jewish/Hasidism” category.

Rabbi Hecht is the spiritual leader of the Rhinebeck Jewish Center in Rhinebeck, New York. He is a guest lecturer at the Culinary Institute of America, and in 2016 he appeared on Food Network’s hit show Chopped. His recipes—a fusion of traditional, modern, and kosher cuisines—have appeared in culinary publications all over the world.

Innovative in its style and format, A Kabbalah of Food illuminates the essential role food plays in Jewish tradition. The book weaves 63 recipes with 39 Chasidic stories and includes mystical interpretations, creating a narrative which is as fascinating as it is unique.

When the book was recently featured in the prestigious magazine Publishers Weekly—a rarity for Chasidic books—the reviewer noted:

“Rabbi Hecht, a former competitor on Food Network’s show Chopped, combines his passion for Jewish teaching and food in this entertaining volume. He contends that ‘[c]ooking, sharing, and enjoying food … creates a dwelling place for God within us and allows us to elevate the spark of godliness within the physical world.’”

“Every living thing has a connection to food, obviously. But the way the Jews prepare and serve their food has a higher and deeper meaning than just physical sustenance,” says author Rabbi Hecht. “I’ve always been fascinated with how closely every dish we eat is connected with our spirituality and Neshama [soul]. I finally decided it was time to prepare and serve up everything I’ve learned over the years.”

A Kabbalah of Food: Stories, Teachings, Recipes is published by Monkfish Book Publishing Company and is available for pre-order wherever books are sold. The book’s official launch is a virtual event on November 10, 2020 at 7:00pm at Oblong Books in Rhinebeck, New York.