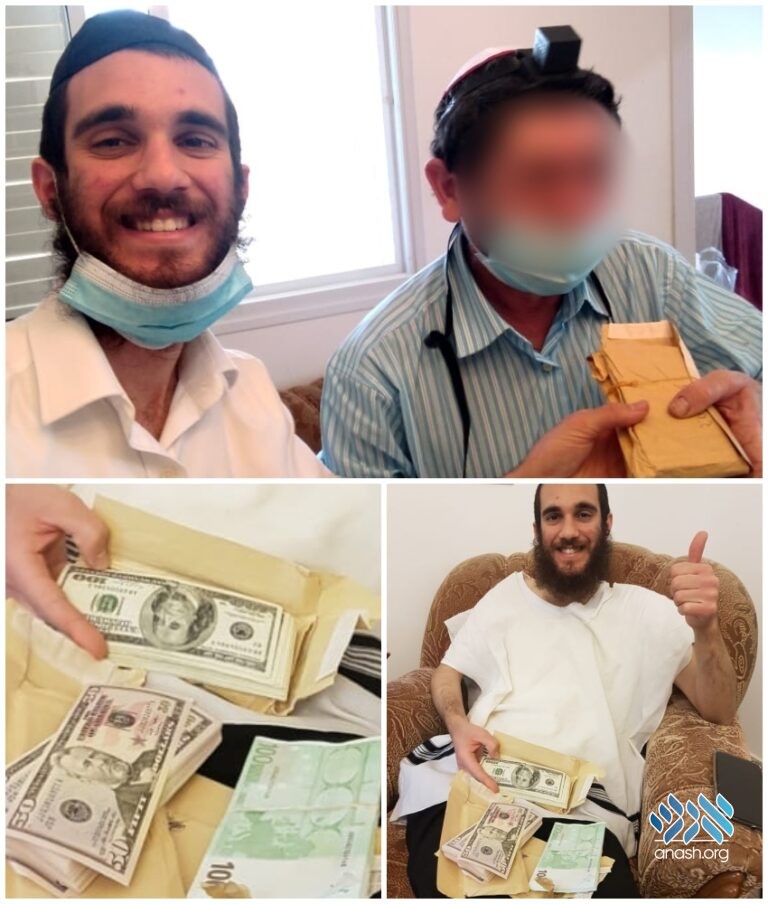 When the young daughter of Rabbi Mendy and Gitty Yitzchaki, shluchim to Be’er Sheva, lost an earring in the cushions of a sofa, her parents hoped they would be able to recover it. They ended up discovering tens of thousands of dollars and gaining two mitzvos.

When Musya, the young daughter of Rabbi Mendy and Gitty Yitzchaki, shluchim to Be’er Sheva, lost an earring in the cushions of a sofa, her parents hoped they would be able to recover it. They ended up discovering tens of thousands of dollars and gaining two mitzvos.

Musya had been playing with a pair of her mother’s earrings when she accidentally lost one of them in between the cushions of the sofa.

“We began searching the sofa for the earring, and suddenly we discovered envelopes full of US dollars and Euros hidden in between the cushions,” Rabbi Yitzchaki told Anash.org.

After counting the bills, the couple estimated the cash to be worth at least $100,000.

The Yitzchaki family had received the old sofa as a gift from their previous landlady, an elderly Jewish woman who only spoke Russian and Yiddish, before she moved into a retirement home and rented out her apartment to them.

On Sunday morning, Rabbi Yitzchaki had a Russian-speaking neighbor call the elderly woman at her care facility. The women was fully alert, but said she had no idea about the money or where it came from.

Rabbi Yitzchaki then contacted the woman’s son who is a doctor at a nearby Kupat Cholim. The doctor was incredibly moved by the couple’s honesty and arrived as soon as he was able to recover the money.

After receiving the money, Rabbi Yitzchaki offered him the opportunity to perform another mitzvah. The doctor, who doesn’t regularly put on tefillin, immediately agreed to put them on.

The doctor said that his father had been a Holocaust survivor, and it seemed that he had stashed the restitution funds he had received from the German government in the couch to safeguard it.

“The story immediately began spreading among the locals and even caught the attention of the national media,” Rabbi Yitzchaki told Anash.org. “Everyone who heard it expressed their amazement at the fact that we returned such a large sum of money. Baruch Hashem, a lost earring led to a global Kiddush Hashem!”