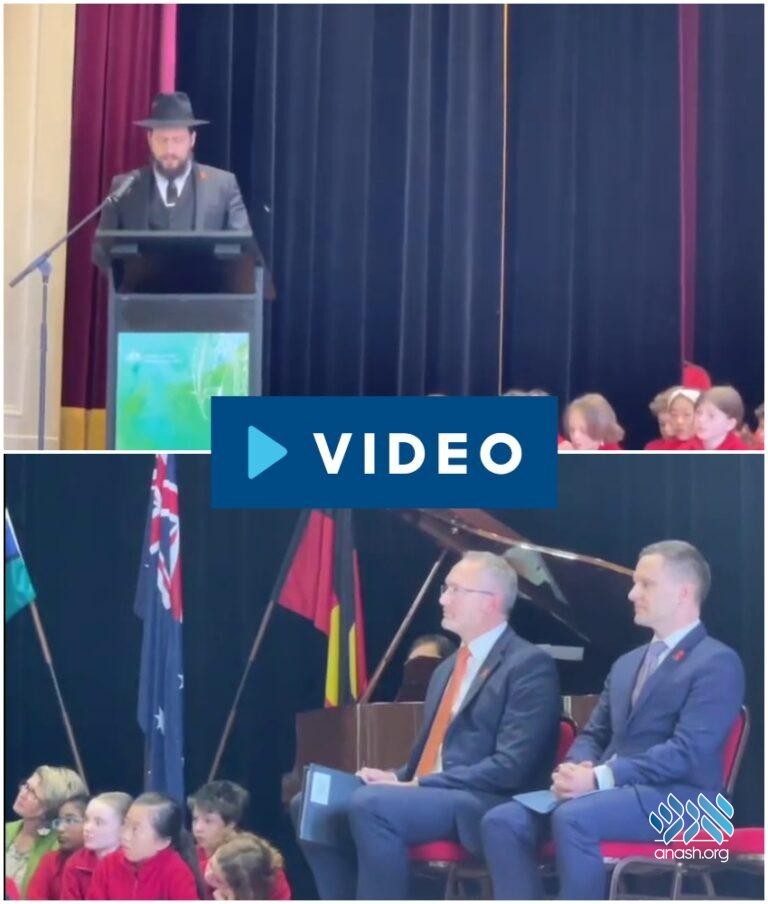 Rabbi Shmueli Feldman, Rabbi of Australia’s Capital was invited to offer the first-ever guest address at Australia’s naturalization ceremony. Rabbi Feldman reflected on his own family’s story and the role faith plays in modern-day Australia.

For harmony week 2021, Minister for Immigration and Multicultural Affairs, The Hon Alex Hawke MP, together with the Australian Department of Home Affairs, hosted a citizenship ceremony in Albert Hall Canberra to welcome Australia’s new citizens.

Albert Hall in Canberra has hosted the main citizenship ceremonies since the Australian citizenship act commenced.

In what is believed to be a first, in addition to the Immigration Minister’s address, a guest speaker was invited to give a speech to the new citizens to welcome them as Australians. The crowd capacity was limited to 150 due to COVID restrictions.

The guest speaker appointed was Rabbi Shmueli Feldman, Rabbi of Australia’s Capital and Chair of Chabad ACT, who has built a reputation in Canberra as a leading authority and lecturer on multiculturalism.

Rabbi Feldman reflected on his own story and gave insight into what being Australian citizen demands including the role that multiculturalism and faith play in modern-day Australia.

The high-profile event was featured on the national nightly news program “SBS World News” as the lead story for the national harmony week which celebrates Australia’s diversity (screenshot attached).

The seven minute speech can be viewed here: