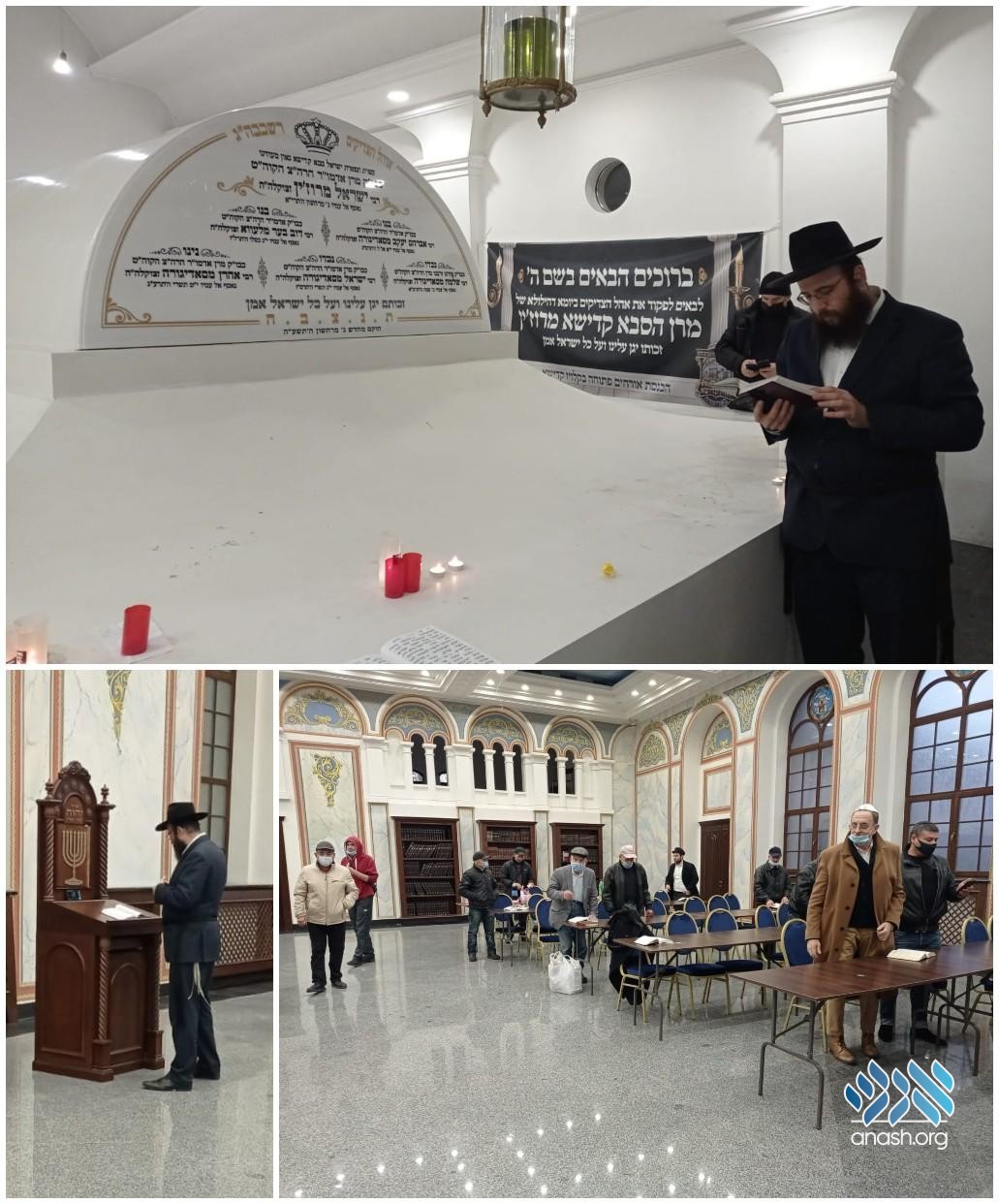 A group from Chernivtsi, Ukraine traveled to the town of Sadhora to daven by the kever of the Ruzhiner Rebbe on his yahrzeit, and to visit the shul he built, restored in recent years by Sami and George Rohr.

A group from Chernivtsi, Ukraine traveled to the town of Sadhora to daven by the kever of the Ruzhiner Rebbe on his yahrzeit, Gimmel Cheshvan.

On a usual year, hundreds from Eretz Yisroel and other countries come to mark the yahrzeit of Reb Yisroel Ruzhiner, founder of the Ruzhiner dynasty, which today is split into the Bohush, Boyan, Chortkov, Husiatyn, Sadigura, and Shtefanesht Chassidim. This year, however, the coronavirus prevented the pilgrimage and the shliach took their place.

The group was led by the Chief Rabbi and Shliach to Chernivtsi, Rabbi Menachem Mendel Glitzenstein. The group first stopped in the Ohel which houses the kevorim of the Ruzhiner and his sons. They davened there on behalf of the many who wished to travel but were unable to.

They then stopped in the Ruzhiner’s shul, known as the “kloiz”. The shul is still in the original building built during his lifetime. During the Communist Era, the building was confiscated and used for other purposes. In recent years, the building was redeemed by Sadigura Chassidim, who restored the interior based on the original plans. The restoration was sponsored by philanthropists Sami and George Rohr who have a family connection to Ruzhin.