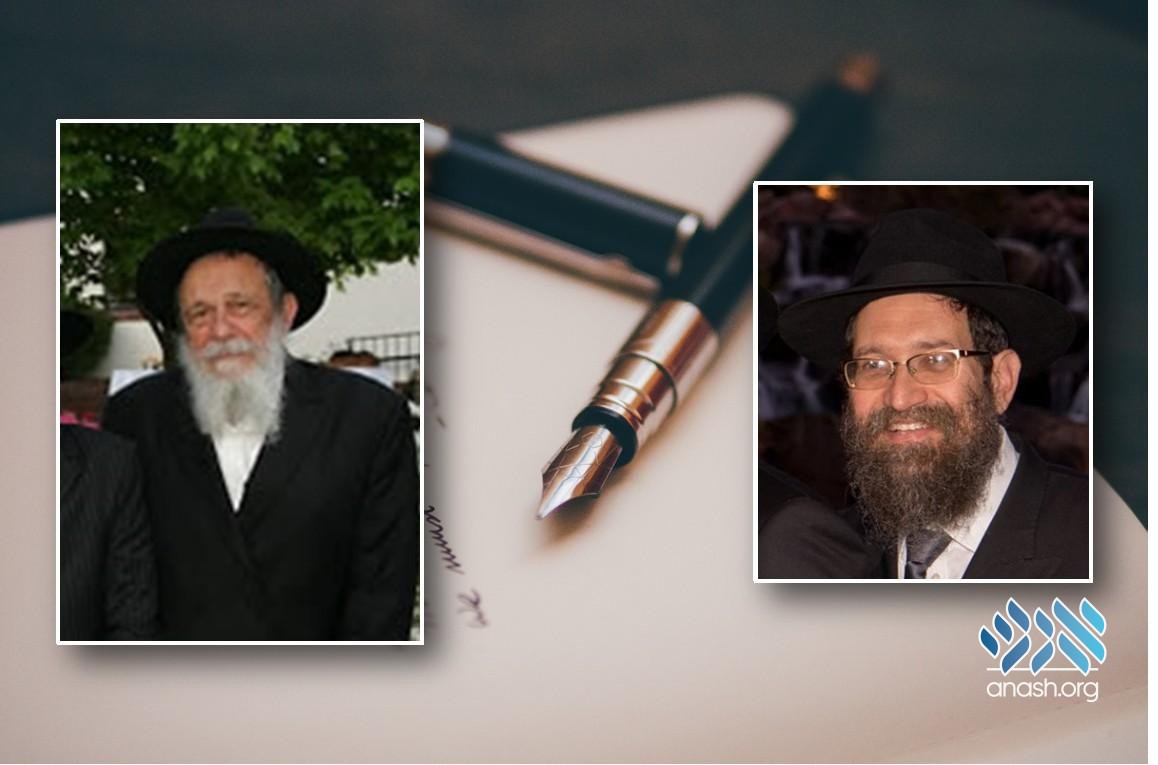 Rabbi Shimon Posner, shliach to Rancho Mirage, CA, shares a warm letter he received from a gentleman in Arizona who was inspired to share with him how he was affected by Rabbi Posner’s parents while living in Tennessee:

To even write the name Rabbi Posner has an emotional effect on me. Why? In the early 1990s my family and I lived in Nashville for a few short years. During that time we came to know your parents [Rabbi Zalman and Risya Posner]. Prior to that time we had always been members of Conservative Synagogues and such was the case when we moved to Nashville in 1990.

At that time I enjoyed eating breakfast out on Sunday mornings while our children were at Sunday School at West End Synagogue, the Conservative Synagogue in Nashville. My wife Nancy would say to me that she had heard that the Rabbi at the Orthodox Synagogue, Sherith Israel, had a Sunday morning Chumash class and he was very good. I wasn’t all that interested. Eventually I relented and attended one of your father’s Sunday Chumash classes, and he changed my life.

From that beginning we became active members of your parent’s synagogue and our youngest daughter attended your mother’s school, Akiva School. We only lived in Nashville for a few years before I was laid- off and moved to Baltimore. But during the time we lived in Nashville, I attended Rabbi Posner’s Sunday Chumash class, his Monday evening Talmud class and had many, many one-on-one conversations with him.

Also during that time I made a trip to the former Soviet Union to visit refuseniks, before the break-up of the Soviet Union. Our years in Nashville were very important years in our lives and the influence of your parents continues to this very day.

We now live in Prescott, Arizona and are regulars at the Chabad of Prescott. Rabbi Filler shared with me an article you wrote about Rabbi Shlomo Matusof. This article had an impact on me, not only because it was written by the son of Rabbi & Mrs. Zalman Posner, but also because, at the suggestion of Rabbi Filler I read the recently republished book: Subbota.

Reading Subbota had a profound effect on me because my paternal grandparents came to the US before the Russian Revolution from Kiev and my maternal grandparents came to the US around the same time from Lithuania. You mention in that article that your father translated Subbota in an earlier edition. I knew that he had translated a book of the Tanya ( I have a copy of that edition that he gave me}, but I did not know that he had also translated Subbota.

For all these reasons, I felt that I should write to you and convey my respect and admiration for your parents. As I’m sure you know, your parents affected many Jewish lives and we consider ourselves very fortunate indeed to be among them.