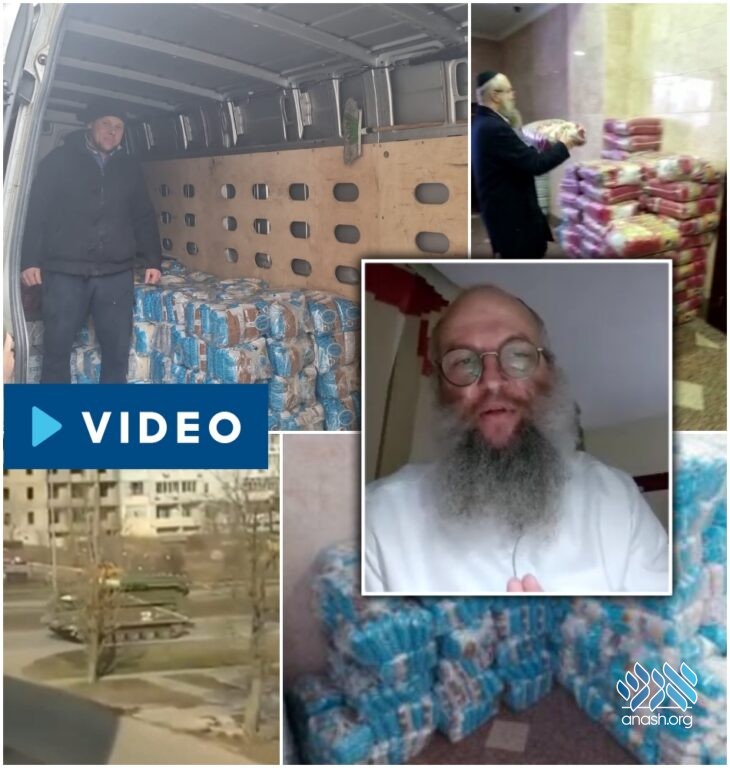 Watch: In an English interview, Rabbi Nochum Ehrentreu, Shliach to Zaporizhzhia, Ukraine, describes the lead up to the war, the brutal assault underway, and a moment that he was almost killed by Ukrainian defenders.

In an English interview, Rabbi Nochum Ehrentreu, Shliach to Zaporizhzhia, Ukraine, describes situation on the ground in his area, as well as the timeline of events as the tension built up until the Russian invasion.

Rabbi Ehrentreu explains that in the area where he is situated, the tension actually began a number of years ago, when Russia invaded Crimea. In recent weeks, the tension began reaching a boiling point, but most Ukrainians believed that it was just to put pressure on the government, and war would not actually break out.

It was a huge shock, therefore, when the Russians began a full-fledged and brutal assault, where they attack civilian areas, including hospitals and schools.

Rabbi Ehrentreu also related how he was almost shot by Ukrainian defenders when driving from the Chabad school to the shul, after they thought he was a Chechnyan soldier sent from Russian.

To help Rabbi Ehrentreu’s work providing food and shelter to the Jews in the line of fire, please click here: Charidy.com/Zaporizhzhia