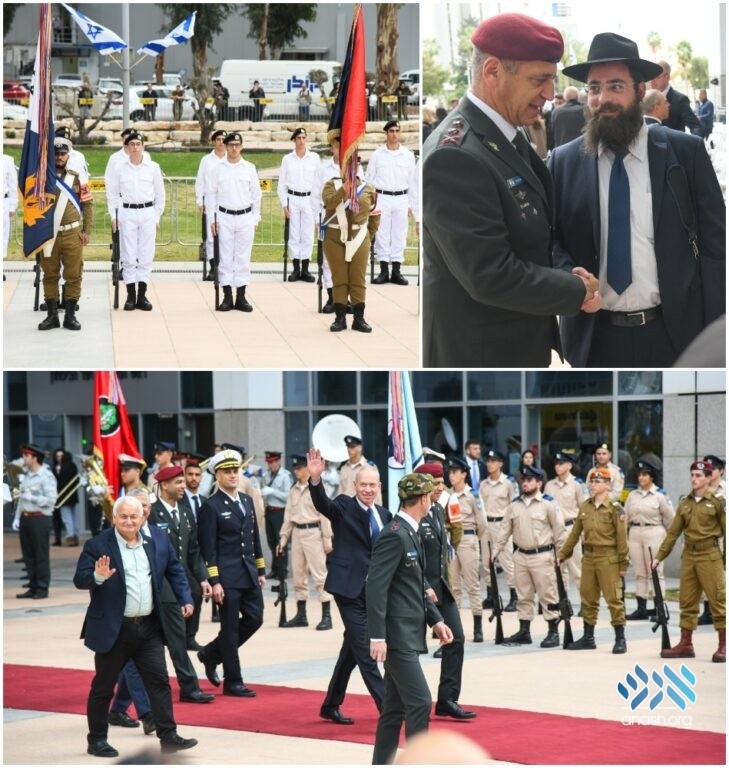 As the IDF Commander-in-Chief Aviv Kochavi handed over his role to his successor, Rabbi Menachem Ofen, shliach to the IDF, was on hand to thank him for his years of protecting Eretz Yisroel and its inhabitants.

A full day of ceremonies marked the handover of the post of the commander of the Israeli Defense Forces on Monday.

Concluding his term was outgoing commander Aviv Kohavi, who ended his four-year term as the army’s top officer. Maj. Gen. Herzi Halevi took over Monday as the 23rd commander of the IDF.

After being promoted, Halevi visited the Kosel, where he davened for success in his new position.

Later in the day, a ceremonial event was held at the IDF’s headquarters in Tel Aviv, with a military guard and salute.

On hand at the ceremony was Chabad Rabbi Menachem Ofen, who serves as the shliach to the IDF and the Israeli security forces.

Rabbi Ofen thanked the outgoing commander for his decades of service, protecting Eretz Yisroel and its inhabitants in a number of roles.

He also spoke to Defense Minister Yoav Gallant, and other officials present at the handover ceremony.