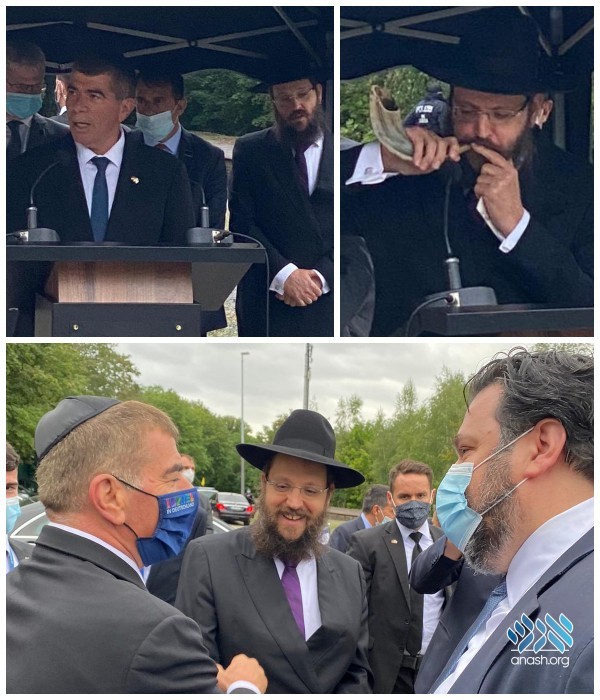 On his first diplomatic trip overseas, Israel’s Foreign Minister Gabi Ashkenazi joined Rabbi Yehuda Teichtal for a memorial ceremony at ‘Gleis17’, the railway station from where Jews were taken to the extermination camps.

On his first official trip overseas, Israel’s Foreign Minister Gabi Ashkenazi took part in a memorial ceremony on ‘Gleis17’, the railway station from where Jews were deported during the holocaust, and taken to the extermination camps.

Foreign Minister Ashkenazi gave a moving speech in memory of this terrible chapter in Jewish history and invoked the memory of his father, a concentration camp survivor from Bulgaria.

“75 years after leaving this platform, the last train to the extermination camps, the desire to destroy us has not passed away. We see Iran’s attempts to arm itself while using its affiliates, Hezbollah in the north, Hamas in the south, to harm our citizens,” the minister said.

Shliach to Berlin Rabbi Yehuda Teichtal delivered a prayer and blew the shofar in honor of the month of Elul.

After the ceremony, Rabbi Teichtel and Minister Ashkenazi talked about the growth of Jewish life in Berlin and particularly the activities Chabad does with Jewish students on campus.