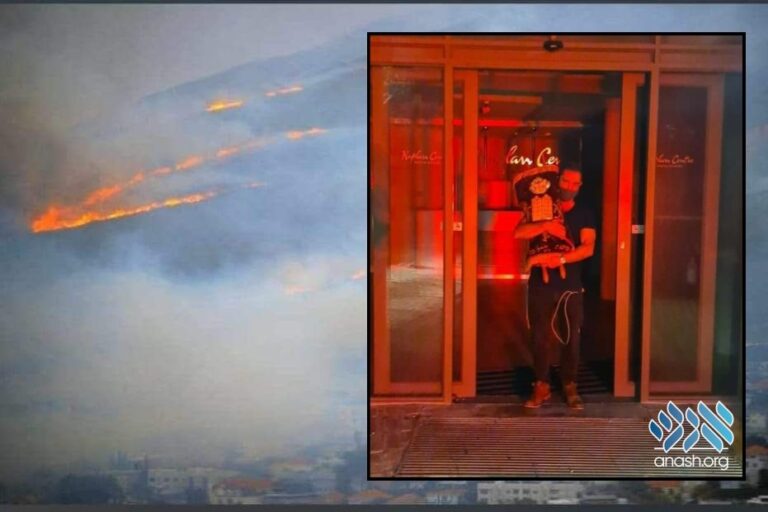 As a raging wildfire tore through the University of Cape Town, Rabbi Nissen Goldman, director of Chabad on campus, raced to rescue the Sefer Torah.

As Capetonians watched in horror as the University of Cape Town’s historic Jagger Library was gutted on Sunday afternoon, a local Chabad Shliach braved the burning campus to secure the community’s Sefer Torah.

Rabbi Nissen Goldman, co-director of Chabad at the University of Cape Town had returned to the area on Sunday afternoon not knowing in what state the campus would be.

Once on campus, Rabbi Goldman immediately requested assistance from law enforcement officials to visit the Kaplan Centre for Jewish Studies and Research, to rescue the Sefer Torah housed there.

“I was really worried. I didn’t know what was happening on campus. We had no idea what state the building was in. Thank G-d the building was spared. Once we were given permission to access the campus, we [didn’t hesitate],” Rabbi Goldman said.

While there are other valuable artifacts in the building, Goldman said his primary focus was to secure the Torah.

“The Torah scroll is the most sacred object in Judaism,” he said. “There have been cases where people have risked their lives to save the scrolls from burning synagogues,” he said.

“[Going into the building] was exhilarating; it was the feeling of fulfilling a higher purpose. I just knew I had to get in there.”

Around 200 firefighters were dispatched to battle the massive blaze, work throughout the night to contain the fire. Four helicopters were also deployed to help with the efforts.