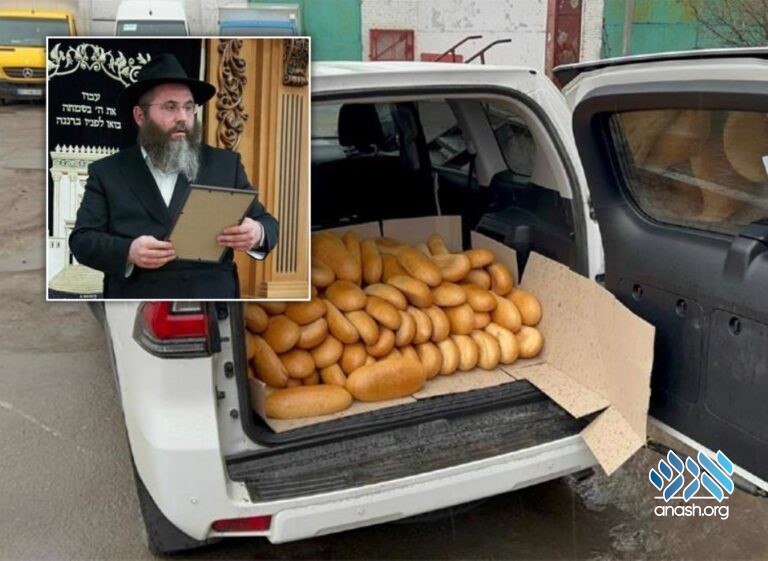 Despite the city of Kherson falling to Russian forces, shliach Rabbi Yosef Yitzchak Wolff stayed behind, determined to assist every last Jew in the besieged city.

Worry for Kherson abounds after the city of close to 300,000 fell, the largest Ukrainian city Russian forces have occupied to date. While many fled while they still could, Rabbi Yosef Yitzchak Wolff, director of Chabad-Lubavitch of Kherson, stayed behind, determined to assist every last Jew in the besieged city.

“We’re now in a new situation,” Wolff tells Chabad.org. “We’re very concerned for the people here. I’ve spent my entire day on literal life-saving work.” After more than a week under siege, the rabbi left his home today for the first time since Monday, when Russian tanks began rolling through the streets.

“I left home to deliver bread. Because of the siege, people have no food.”

Wolff says the situation is dire. “Yesterday, I got a call from the brother of someone who does business here and is a supporter of ours—he wasn’t comfortable calling himself. He said his mother and brother are starving.”

Thankfully, before the siege, Wolff spent days stockpiling food in his synagogue, and delivering basic food staples to the city’s 1,500 Jewish families as well as others in need.

The rabbi has devoted his life to the Jews of Kherson, and he is no stranger to the often dire poverty people in this part of the world can sometimes experience. The war, however, is something totally new. “We’re working desperately to save lives.”