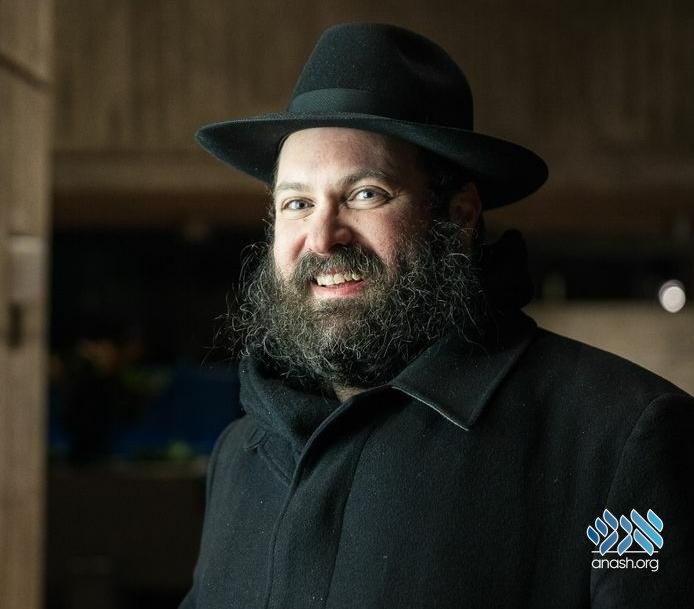 While walking home from Shul on Friday night, Rabbi Mendel Gurewitz of Offenbach, Germany fell victim to an anti-Semitic attack. He responded with praise of his neighbors for their moral courage.

According to German police, Rabbi Mendel Gurewitz was walking home home from Shul on Friday night accompanied by his children, when a man shouted anti-Semitic insults at him. Witnesses notified the police, who were able to arrest the 46-year-old suspect shortly afterwards.

This is not the first time the Shliach to Offenbach was the target of anti-Semitic attacks. In 2013, an incident in a shopping center made headlines across Germany, in which Rabbi Gurewitz was physically attacked by a group of youngsters. Security guards intervened, but not to help the victim. Instead, they asked him to delete photos he had taken of the attackers.

But instead of reacting with resentment over the never-ending attacks, Rabbi Gurewitz chose to respond with praise for the their moral courage of his neighbors.

“You’ve probably heard or read about antiemetic that happen here, and they did and do happen,” Rabbi Gurewitz wrote in a Facebook message to supporters. “But, you have probably never or rarely been told about all the beauty and positivity that happens far more often in this city!”

While ugliness does still exist, the rabbi is thankful for and proud of his neighbors. “Within seconds, from every window people intervened. Many immediately called the police. They vocally expressed their rejection of the offender. Some left their houses and started to chase him, by foot, by car. The outcry of rejection and disappointment at this act was overwhelming,” the rabbi said proudly.

The rabbi concluded his message saying he feels blessed to live in the city among such great neighbors. “Sadly, such amazing positivity rarely makes the news. It must be said, Offenbach is a good city, with the best people.”