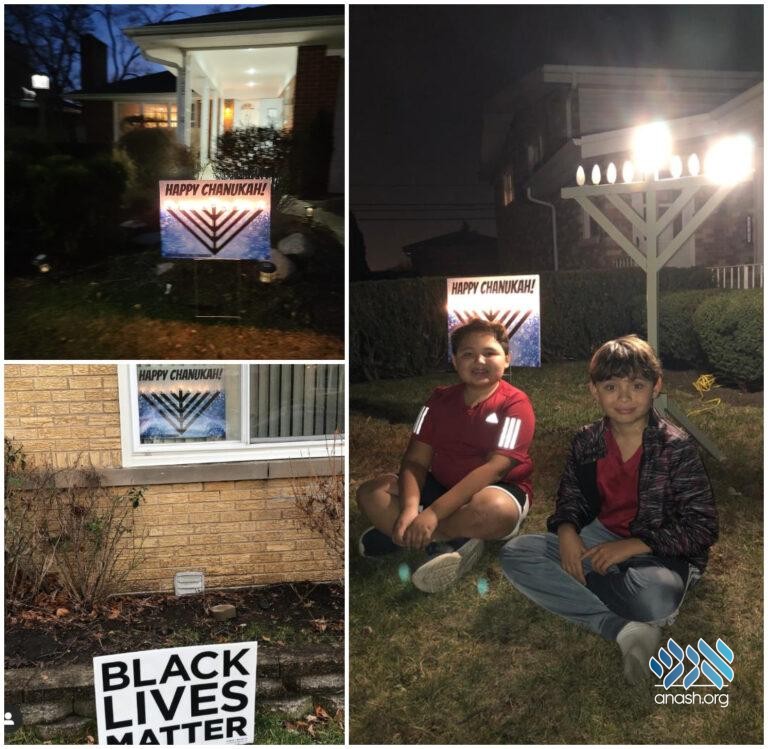 After realizing that car menorahs were not a practical idea for his community, Rabbi Yochanan Posner of Lubavitch Chabad of Skokie came up with a new way to spread the Chanukah miracle – and he hopes someone ‘steals’ the idea from him.

This shliach came up with a novel Chanukah idea, and he’s hoping someone will ‘steal’ it from him.

Come Chanukah every year, Rabbi Yochanan Posner of Lubavitch Chabad of Skokie begins brainstorming for new and creative ideas to expand the ways to spread the miracle of Chanukah as far as possible in his hometown.

In previous years, he encouraged community members to rent car menorahs from Chabad, thereby spreading the message of Chanukah every time they drove. But as the years moved on, less and less people were willing to strap a menorah to the roof of their car.

“The menorahs are expensive, and once they break, there goes $200,” Rabbi Posner said. “In addition, people were hesitant to drive around with the extra height and weight, especially as it posed a risk when driving into a garage.”

So as Chanukah 5781 came around, Rabbi Posner decided he needed to find a new idea that would be practical, easy, cost efficient, and COVID-safe.

“We came up with the idea of illuminated lawn signs that we would install on people’s lawns,” he told Anash.org. “Although lawn signs are fairly common, these would have electric lights, making them visible and stand out even in the night.”

The lawn signs were ordered, and Chabad of Skokie set up a website for orders, which began pouring in immediately.

“We were able to offer them for free, due to their low price. In addition all they had to do was sign up, and we would come to their house and install the sign, while keeping a distance,” he said.

At first, orders only came from Chabad regulars. Soon enough, people began noticing the signs, and order piled in from all around Skokie. People who had never visited Chabad reached out to get their own lawn sign and publicly celebrate their Yiddishkiet.

Seeing the success of the idea, Rabbi Posner hopes that it will spread and become the “next big Chanukah thing.”

“Car menorahs started because some bochurim came up with it in the 5730s, and it just took off from there,” he said. “I would be thrilled if someone took this idea and mass produced it for shluchim and communities, allowing them to involved their community members in pirsumei nisa as well, in a easy and cost efficient way.”