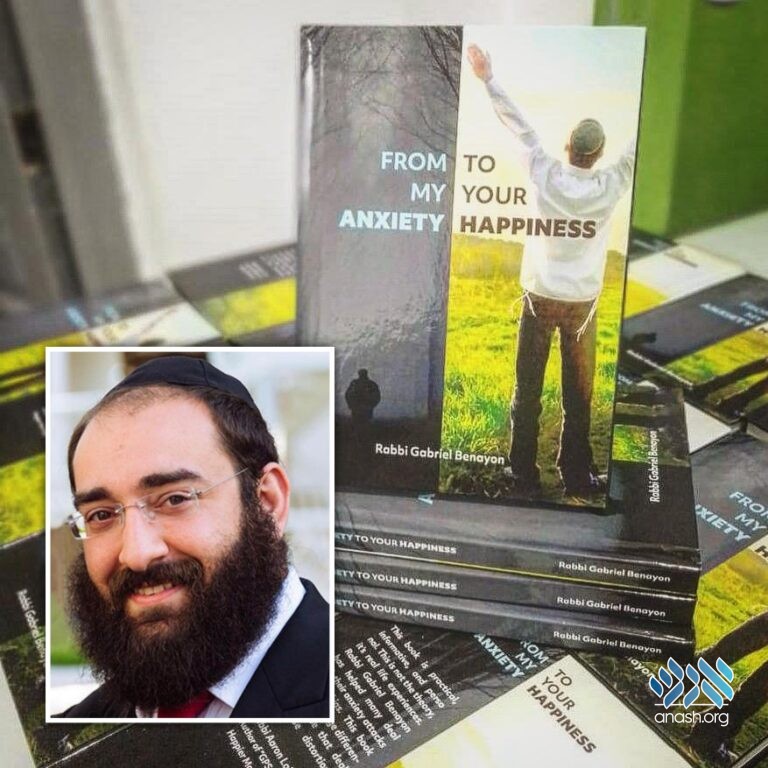 After personally experiencing the effects of anxiety and panic attacks, Panama Shliach Rabbi Gabriel Benayon felt that he had a shlichus to help others overcome similar challenges. A newly translated book helps him fulfill that mission.

After personally experiencing the effects of anxiety and panic attacks, Panama Shliach Rabbi Gabriel Benayon felt that he is a shliach to help others overcome similar challenges. A newly translated book helps him fulfill that mission.

Over the last eighteen years, Rabbi Benayon has served as a shliach to Panama City, under Head Shliach Rabbi Ari Laine. But his story begins years before that, when he was a young man of 20 years old.

“At that point in my life, I underwent a traumatic family situation, causing me to experience first-hand the struggle that those with anxiety go though. After overcoming the battle, I felt that I had a personal shlichus to help other overcome similar challenges,” Rabbi Benayon told Anash.org.

Over 15 years, Rabbi Benayon developed his own method to dealing with anxiety and similar struggles, based on his experiences and the teachings of Chassidus. The result: A book titled “From My Anxiety to Your Happiness,” n which he relates his personal journey through anxiety, obsessive thoughts and panic attacks.

“The book gives the reader the tools to understand how anxiety gets activated and how to channel it in a positive direction in order to overcome it and actualize one’s potential,” Rabbi Benayon said.

Published in Spanish and Portuguese six years ago, the book sold over 19,000 copies, and the author was invited to lecture in many locations over Latin America and the USA.

After receiving many requests, Rabbi Benayon decided to have the book translated in English for the benefit of the American crowd as well, and just in time for Gimmel Tammuz, the book arrived in Crown Heights stores.

Panama Head Shliach Rabbi Ari Laine praised the book. “This book is practical, informative and personal. This is not a theory; It’s real life experiences. Rabbi Gabriel Benayon has helped many deal with their anxiety attacks and phobias. This book can make a huge difference for those that suffer from these issues,” he said.