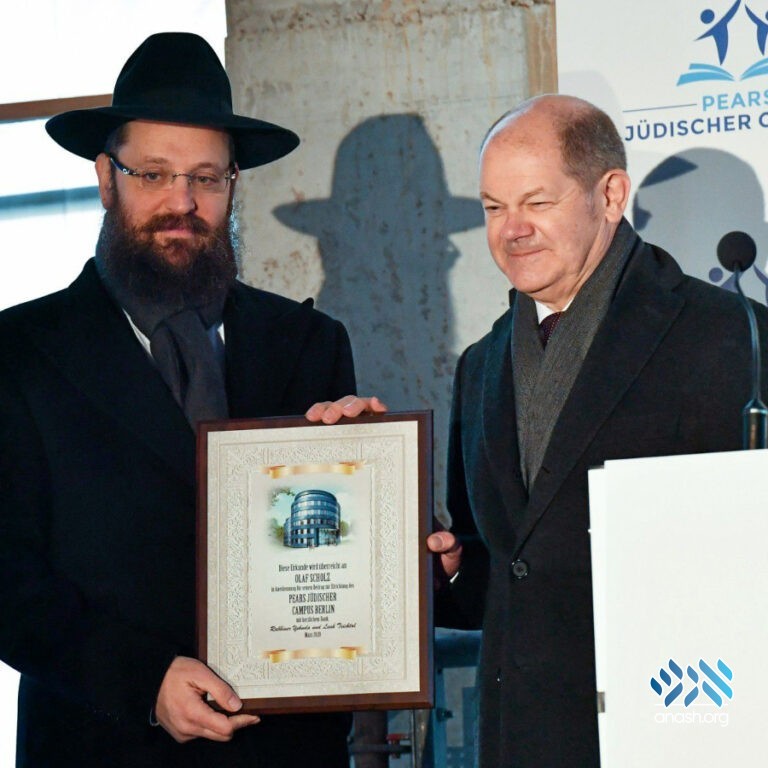 The Jewish community in Berlin this morning (Monday) welcomed the election of SPD leader Olaf Scholz as Germany’s apparent chancellor. ” He is a true friend of the Jewish community,” Berlin Rabbi Yehuda Teichtal said.

The Jewish community in Berlin this morning (Monday) welcomed the election of SPD leader Olaf Scholz as Germany’s apparent chancellor, after learning of the turbulent election results in the country.

The victory of the Schultz party is by a small margin but according to estimates in Germany he has the strongest chance to form the coalition.

“Our acquaintance with Mr. Scholz began several years ago, during his time as Minister of Finance and Deputy Chancellor,” said the Rabbi of Berlin, Rabbi Yehuda Teichtal.

“Over the last few years I met with him generally every year before the holidays. In meetings with him, we always found a true friend of the Jewish community,” he said.

Last year he was the guest of honor at an event that marked the completion of the structure of the campus, a event of significant progress in the construction of the 90,000 Square foot campus, which is being completed G-d willing this summer.

In his speech Mr. Scholz “spoke warmly about the importance of building the campus and its great contribution to the expansion and future of Jewish life in Berlin and Germany,” Rabbi Teichtal added.

Rabbi Teichtal of Berlin is considered one of the official Jewish figures closest to Scholz. “He is a very matter-of-fact person – this is how he managed the Ministry of Finance and this is how he is expected to run the country,” he estimates. “From the conversations I have had with him over the years, I can say that his view on Israel has always been positive, close and warm.”

Recently , Rabbi Teichtal and Scholz met again. “He showed widespread interest in the development of the construction of the Jewish campus, which will house a number of educational institutions for a variety of ages.
He reiterated his appreciation and joy upon learning of the momentum of positive development of the community and the expansion of the Jewish life in Berlin. We believe and hope he will indeed be a loyal friend to Israel and the Jewish people,” Rabbi Teichtal said.