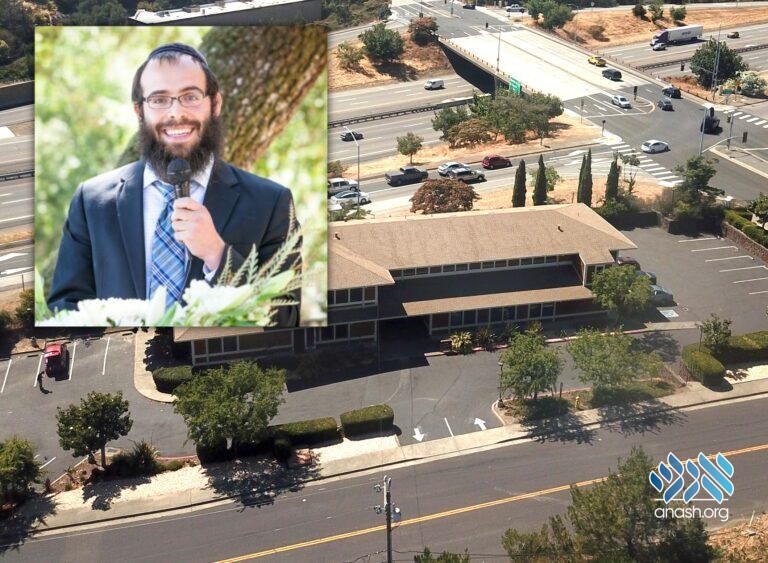 When shliach Rabbi Menachem Landa’s father passed away two weeks ago, his board expected him to cancel its upcoming building campaign. But he asked himself how would the Rebbe respond.

It was a moment I’ll never forget. It was Motzei Shabbos, just ten days ago. I was in the midst of my weekly post Shabbos clean-up when I got the call. My father, Dr. Ben Landa, had passed away suddenly.

As I was washing dishes that night, I had been reflecting on the monumental building campaign project my wife Adina and I had announced to our community just two days earlier.

I had ten days until the closing and was mulling over the fundraising campaign we had scheduled, mapping out all the hard work it would require during the course of the week ahead.

But Hashem had other plans. Instead of working on campaign messaging and making phone calls to recruit donors, I was suddenly making arrangements to travel to New York for the funeral and shiva of my beloved father.

Saying Kaddish daily in my Makom HaShlichus in Novato, Northern California – especially during COVID – is a challenge, to put it lightly. Over the week of shiva, I spoke to several people who expressed the Rebbe’s hora’ah that doing my shlichus is a greater aliyah for my father’s neshama than reciting kaddish.

When my board asked me if we needed to put our plans on hold, I decided to take this lesson to heart – that we would forge ahead without delay with the purchase of the building and the fundraising campaign needed to make it happen.

I thought about the Rebbe, and how he would respond. He would ask me what my father a”h would want. The answer was obvious. We are not delaying. We are going to make a massive Kiddush Hashem. It required a leap of faith. My father, and his Rebbe, would expect no less. As the Rebbe told us following the Kfar Chabad massacre in 5716, “B’Hemshech HaBinyan, Tinachamu,” through continuing to build, you will be comforted.

Three hours after getting up from shiva, we began the signing of the papers, to make the purchase official. The next day, this past Tuesday, we launched the “Miracle in Marin” campaign to raise the final $200,000 we need in order to complete the closing.

It is a fitting tribute to my father, who came close to Yiddishkeit and to the Rebbe through unconventional ways. Like Rabbi Akiva who began learning at age forty, my father was able to begin learning Torah at forty thanks to Chabad.

And now his son is sharing that light, introducing Torah and Chassidus to many Jews of all ages – and in a county that played a major role in his own spiritual journey.

We have until Purim to complete this closing, to make this miracle happen – for the memory of my father, in honor of his amazing journey, and for the hundreds of Jewish children and adults who will call this new center their home.

Your tzedaka will bring more light into the world, and your generosity will make a difference in making this dream a reality. The men, women and children of Novato will be eternally grateful for every donation, small or large.

And I will personally cherish every donation in any amount made in honor of my father’s memory.

Pease be part of the miracle by donating at MiracleinMarin.com