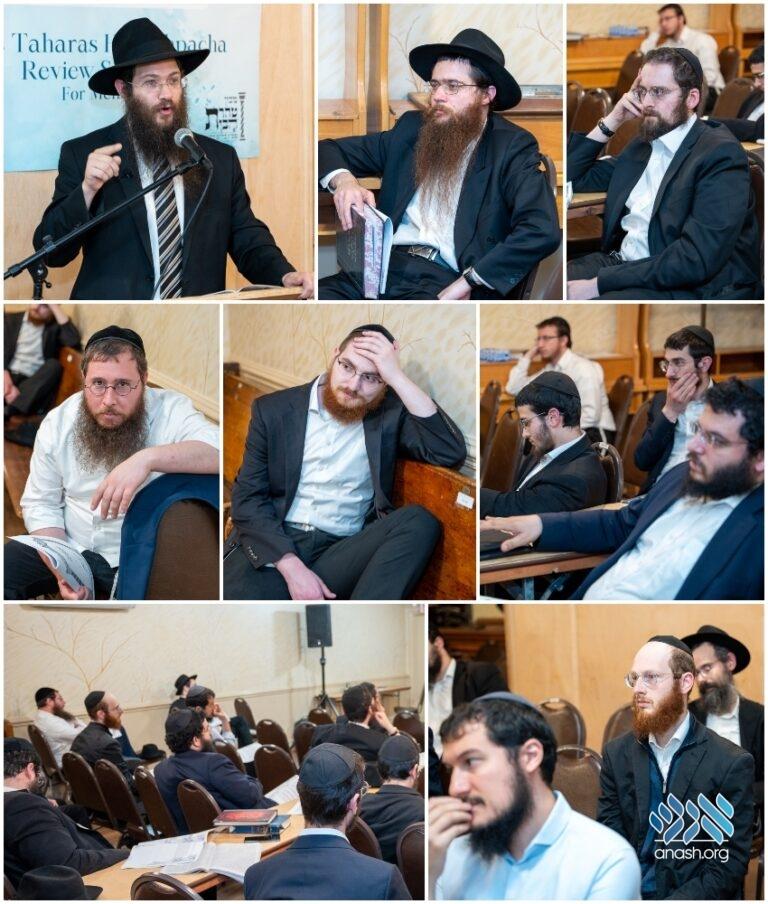 The fifth and final shiur in Machon Taharas Habayis’s Halacha series for married men was given Wednesday night by Rabbi Mendel Yusewitz on the topic of Maintaining a Chassidishe Binyan Adei Ad.

Dozens of men joined online and in-person for Machon Taharas Habayis’s Halacha series for married men focusing on the Halachos and Hashkafa of Hilchos Taharas Hamishpacha.

The shiurim are meant to serve as a refresher course for men in the vital halachos of taharas hamishpacha.

The fifth and final Shiur took place Wednesday night at Empire Shteibel on the topic of Maintaining a Chassidishe Binyan Adei Ad. The shiur was given by Rabbi Mendel Yusewitz, Mechanech and Taharas Habayis Director.