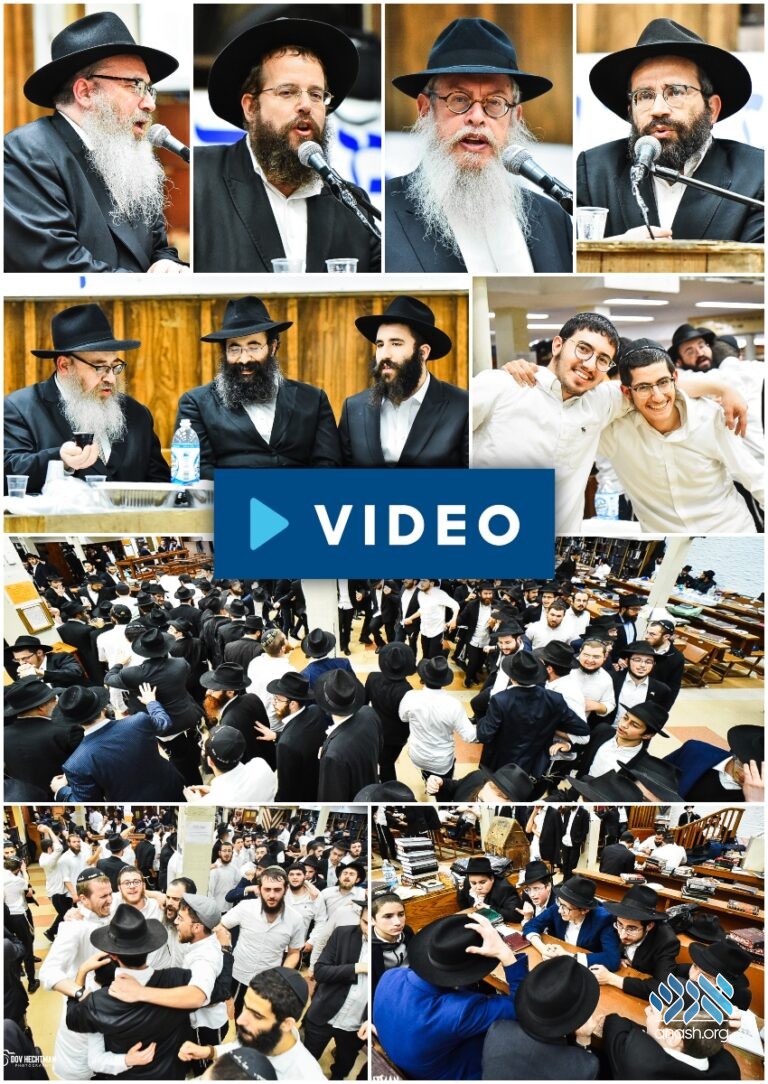 Anash and bochurim gathered in 770 Thursday night for a farbrengen and dancing in honor of the auspicious day of Yud Daled Kislev. During the farbrengen, a Sheva Brachos was held for a newly married couple.

Anash and bochurim gathered in 770 Thursday night for a farbrengen in honor of the auspicious day of Yud Daled Kislev, the 93rd Anniversary of the Rebbe and Rebbetzin.

During the farbrengen and much befitting the celebration of Yud Daled Kislev, a Sheva Brachos was held for the marriage of Shmuli Gordon and Faigy Engel, which took place Tuesday night in Crown Heights.

The farbrengen was followed by joyous dancing until the early morning accompanied by a musical band.