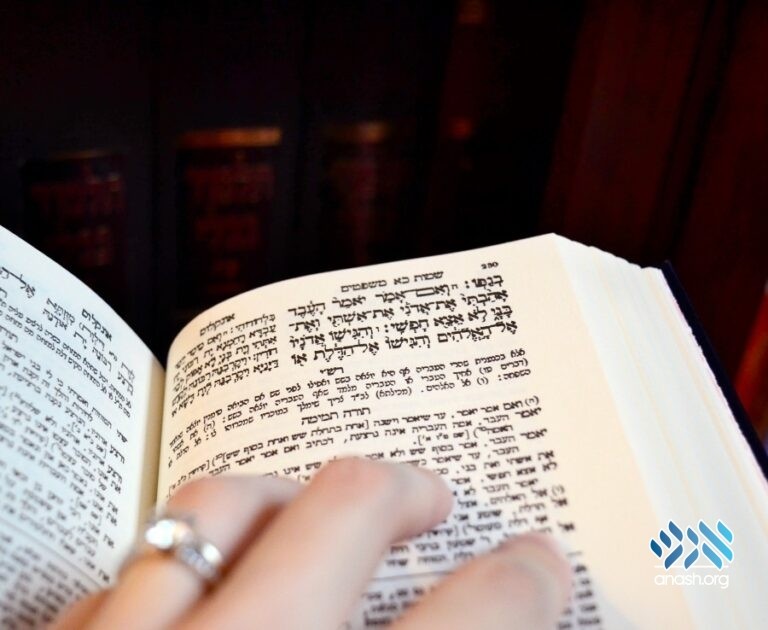 I remember walking out of my first Chumash class with Morah Yehudis Heller a”h with the sense of a new world opening before me. Coming from Bais Yaakov, I thought I had a good understanding of Chumash Bereishis. What was missing, though, was the point of it all.

I remember walking out of my first Chumash class with Morah Heller with the sense of a new world opening before me. It was a strange, mysterious world filled with concepts I had never heard of before: Olam Hatohu, Olam Hatikun, sheviras hakelim. Coming from Bais Yaakov I thought I had a good basic understanding of Chumash Bereishis. What was missing, though, was the point of it all. Why did the Torah choose to tell these stories? What were we meant to learn from them?

Morah Heller’s classes wove together the classical meforshim and Chassidus to create a breathtaking panorama. She unveiled for us the deeper meaning of every story in Chumash, even those that seemed “disturbing” on a surface level. In every lesson she demonstrated how Torah is m’lashon hora’ah—intended as a practical guide for life.

Morah Heller’s death in 5752 was an unfathomable, devastating loss in a year of devastating losses. It was just a few months after the Rebbe’s stroke, when the world of Lubavitch was thrown into utter turmoil. Not only were we suffering the loss of a young mother of small children; it was a blow to her thousands of students who desperately needed her clarity and wisdom. We could always count on Morah Heller to cut to the heart of the matter, to show us the ikkar from the tafel. How could Hashem take her from our midst just when we needed her so badly? To find a small bit of solace I turned to Morah Heller’s own teachings.

In her lecture on Parshas Vayetzei, she explains the deep bond between Yaakov and Rachel, and Yaakov’s tears when they first met, knowing they would not be buried together:

“The key quality within Yaakov that aided him in his struggle is the middah of emes, the quality of truth—the ability to see through all the veils and concealments, to know that despite the darkness, G-d is behind everything that happens to us. This explains why Yaakov instituted the tefillah of Maariv, just before he went into galus: because Maariv represents the energy we need in order to cope with galus. We daven Maariv when it is dark, to show that we recognize that Hashem is there even when He is not apparent. After the Shema during Shacharis we say emes v’yatziv—the truth is standing firmly before my eyes. In Maariv, however, we say emes v’emunah—it’s not clear, it’s dark, I don’t see anything, but I hold on to my belief. This Maariv prayer—seeing Hashem and believing in Him even when it’s dark, represents the strength of Yaakov which led him through galus despite the difficulties…

“Rachel’s strength was dealing with galus. She went out with the sheep because she could deal with the negative aspects of Charan. At the beginning of his galus, Yaakov looks at Rachel and sees the perfect helpmate, one who would help him deal with the challenges he would face in the house of Lavan…

“Rachel passes away as soon as galus is over, even though she is very young at the time, because her tafkid, purpose in this world, has been completed. She helped Yaakov in Charan, in galus, using her special ability to see Hashem despite the darkness. Rachel is buried in Bais Lechem, so her children, on their way to galus, will daven there, and she, in turn, will daven for them.”

Morah Heller possessed this same ability to see Hashem despite the darkness. She was able to illuminate the deepest mysteries, and etch her lessons so deeply in our hearts that they remain alive decades later. She is the inspiration for thousands of mothers, shluchos and teachers of Chassidus. Through her students and children, Morah Heller lives on.

In the years following her passing, her students transcribed many of her lectures and published them in booklets entitled “A Teacher’s Treasure.” Now, in honor of her 30th yahrtzeit, these booklets have been collected in one place, completely revised with many new lectures and parshiyos added.

To purchase the new book “Blueprint for Life,” click here.