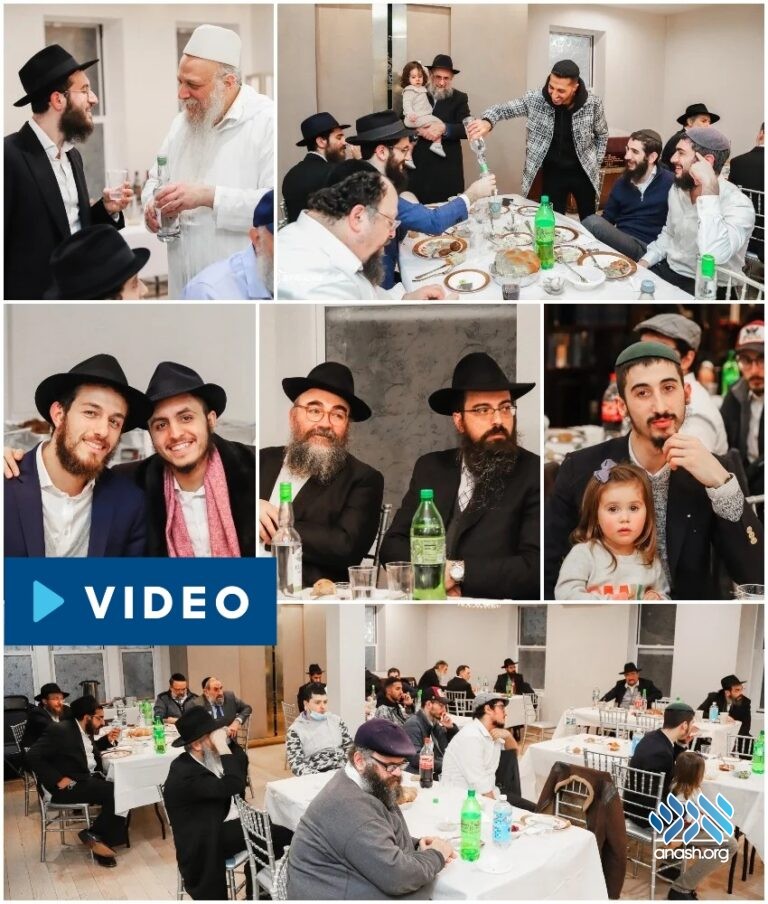 A grand Hiloula for the Sephardic community of Crown Heights marked the yahrzeit of the Rambam, Rabbi Yaacov Abuhatzeira, and the Alter Rebbe, hosted by Merkaz Sefard.

As in past years, Merkaz Sefarad once again partnered with the descendants and family of Rabbi Yaacov Abuhatzeira to celebrate his Yahrzeit which corresponds with the Hiloulot of the Rambam and Alter Rebbe.

20 Teves is the Hiloula of the Rambam and Rabbi Yaacov Abuhatzeira, while the Yahrzeit of the Alter Rebbe is 24 Teves.

Over 130 men and women joined the Hiloula which was organized and led by the Rav of Merkaz Sefarad, Rabbi Eliezer (Lazer) Avtzon, dressed in traditional Moroccan garb, for an evening of inspiration, Divrei Torah and Piyutim.

Rabbi Yitzchok Cohen of Montreal, and a former student of Rabbi Avtzon in Morocco 39 years ago, addressed the crowd in French. Ivrit and English. He related the tremendous joy of the Ball Shem Tov surrounding the birth of the Alter Rebbe and welcoming a ‘Neshama Chadasha’ to this world and the importance of connecting to the Tzadikim of our generation.

Rabbi Eliyahu Matusof of Crown Heights, son of the Head Shluchim to Morocco since 1950, shared his memories of growing up in Morocco and participating in Hiloulot with the Abuhatzeira family and many other Tzadikim.

Rabbi Shlomo Raskin of Frankfurt, Germany, was a surprise guest who spoke about his experience being approached by an elder Jew in Germany who was married to a Muslim woman from Morocco and who brought him a translated Arabic version of the Tanya and asked him to learn it with him. As a descendant of the Lipsker and Raskin families, both of whom are connected to Morocco, he shared his experiences davening by the Kever of the Baba Sali and the enviable אמונה פשוטה בצדיקים of the Sephardic communities.

The delicious food was personally prepared by Mrs. Chaya Zaetz

Music and entertainment were provided by DJ Yossi Maimon and the famous poet Adam Amsellem with the assistance of traditional Moroccan drumming by Reb Yitzchok and Rafael Fakiro together with Moshe Sebag.