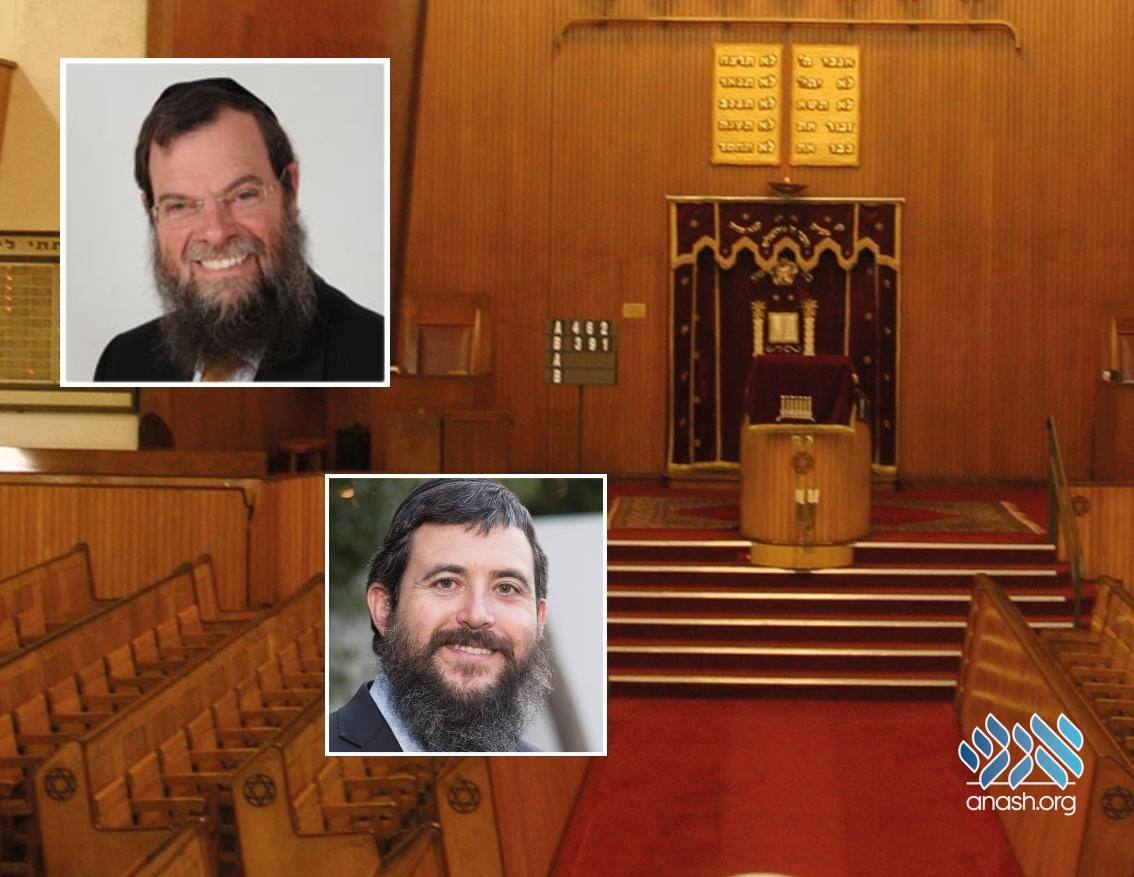 After leading the Sydenham Shul in South Africa since 1986, shliach Rabbi Yossy Goldman will be stepping back from his position to work on new projects. His position will be filled by Associate Rabbi Yehuda Stern.

After leading the Sydenham Shul in South Africa since 1986, shliach Rabbi Yossy Goldman will be stepping back from his position to become Rabbi Emeritus for Life, allowing him to focus on new projects.

Rabbi Yossy Goldman was born in Brooklyn, New York. In 1976 he was sent by the Rebbe as a shliach to serve the Jewish community of Johannesburg, South Africa. For his first decade, he served as a shliach to the Yeoville suburb of Johannesburg, initiating many successful services, including Gan Yisrael Day Camp, Festival of Lights with the Giant Menorah, Lag BOmer Parades and more.

In September of 1986, Rabbi Goldman was appointed as the Senior Rabbi Sydenham Shul, a position he went on to serve for the next three and a half decades, becoming the Shul’s longest-serving rabbi since the Shul was established in 1943.

On Sunday, Rabbi Goldman sent out a letter to his congregants, announcing that he would be stepping back to become Rabbi Emeritus for Life, with Associate Rabbi Yehuda Stern stepping in to fill his position.

“I am extremely excited at the opportunity for personal growth, to explore new horizons, and to be able to apply what I’ve learned with you over the years on a wider stage,” he wrote. “This decision has taken us many months of thinking, deliberating, debating, and yes, agonizing. In the end, we reached this conclusion for both communal and personal reasons.”

Rabbi Goldman wrote that part of the reason he was stepping down was to allow the Shul to begin planning proactively for the future.

“While I have reinvented myself more than once over the years, a new generation now looms. If we are to grow the Shul and attract younger families, we will need new approaches, fresh ideas, and, indeed, new blood,” he wrote.

He also noted that he wanted more time to be able to write, with two books of his in the works. He said that he also welcomes the prospect of doing lectures and speaking events internationally.

The congregation also sent out a letter, warmly thanking Rabbi Goldman for his decades of leadership, and noting the reasons for the upcoming change. The letter stated that the transition would begin as of Pesach 2021, with Rabbi Goldman being appointed Rabbi Emeritus for Life of Sydenham Shul, and Rabbi Stern as Senior Rabbi. Rabbi Goldman will, however, continue to be involved until Pesach 5782, they wrote, in order to ensure a smooth transition.

In both letters, Rabbi Goldman and the congregation noted that the Rabbi is not “retiring,” but rather taking on new projects and exploring new horizons.

“Let me assure you that I am not retiring to the coast to spend my life going fishing,” Rabbi Goldman wrote. “I vividly recall the Rebbe, speaking at his own 70th birthday Farbrengen saying that people have been telling him to slow down now, take it easy, or go on vacation. Instead, the Rebbe called for the establishment of at least 71 new institutions that year!”

“The word “retirement” simply did not appear in the Rebbe’s lexicon. Indeed, it is my intention to continue to work diligently and vigorously on new projects and to continue my mission which the Rebbe sent us to South Africa for,” he wrote.