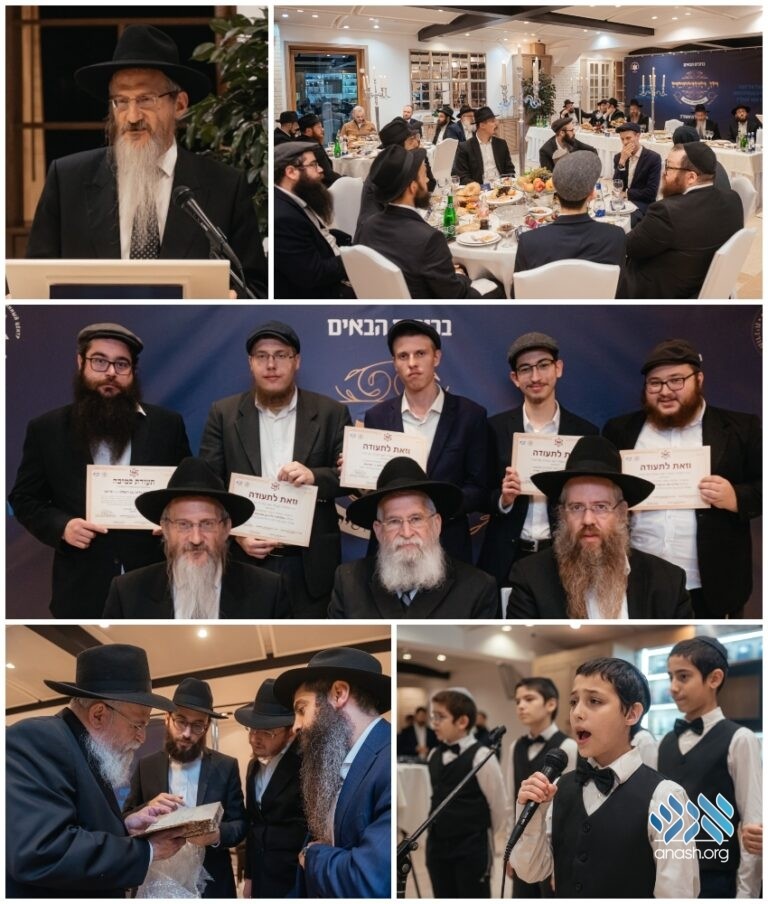 40 Yungeleit, balabatim who finished learning the halachos of Issur v’Heter in Shulchan Aruch received their certificates on the auspicious day of Chai Elul.

Russia and Ukraine United in Honor of the Torah

Apparently, the security events taking place in the background did not deter them. On the contrary, it gave them a push to learn even more.

Who? The forty talmidim of Machon Lemaan Yilmedu. Yungeleit, balabatim, learning people, and working people, who finished learning the halachos of Issur v’Heter in Shulchan Aruch and received their certificates yesterday on the auspicious day of Chai Elul.

The siyum took place in the capital of Russia where, in the events hall of the Chabad Jewish Center “Marina Roscha,” with the chief rabbi of Russia, Rabbi Berel Lazar, and the guest of honor, the chief rabbi of Holon, Rabbi Eliyahu Yochanan Gurary. The talmidim received their semicha certificate which attests to the in-depth program they successfully completed, despite the language challenge.

This past year, the talmidim learned all the seifim in Shulchan Aruch in depth in a professional course which Machon Lemaan Yilmedu knows how to provide.

Every week, forty Russian-speaking talmidim joined together, coming from seven different countries including Germany, Ukraine and Russia as well as other nations and Eretz Yisrael. Lemaan Yilmedu crosses continents for the purpose of serious study and mastery of halacha. It was an impressive event and as the director of the vaad ha’haskama of the machon, Rabbi Gurary himself said, “This is a real yomtov when more Jews know halacha well.”

During the event, a new course was announced on Hilchos Shabbos which will start after the Yomim Tovim. This generated excitement in the crowd for it is most significant that more G-d-fearing individuals know Hilchos Shabbos backward and forward.

In his speech, Rabbi Lazar praised the wives of the yungeleit who encouraged and supported their husbands to sit and learn and master the halachos. “In the merit of the righteous women” takes on greater significance today, he said.

Thanks to the approach of Lemaan Yilmedu, the talmidim were able to reach this milestone with a greater degree of preparedness than ever. At Lemaan Yilmedu, great care is taken to construct the courses to suit the students, in a highly organized fashion, which enables every participant to succeed in the learning and the tests, and not simply to succeed but actually to excel.

At the conclusion of the event, the one who taught the course, Rabbi Dovid Shulkin, was given an antique Shulchan Aruch as an award in recognition of his tremendous investment in the students and their success.

A choir of children from Cheder Menachem Lubavitch in Moscow enhanced the program. They were led by the mechanech, Rabbi Mendy Markowitz.