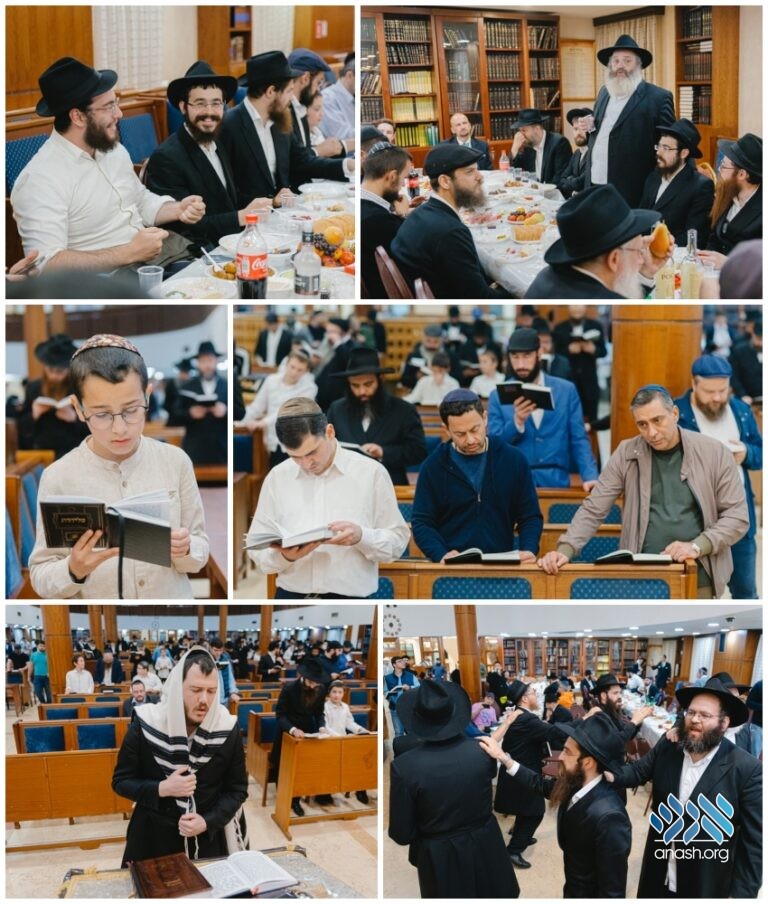 Hundreds of Jews were gathered in the great hall when selichos began, many of them having first participated in a melave malka and farbrengen led by the new shliach to Moscow Rabbi Menachem Mendel Wilansky.

Rabbi Binyomin Markowitz served as the shliach tzibur. At the end of selichos, the kehilla burst into an exhilarating rendition of “Kesiva Vachasima Tova,” confident that all present would be written and sealed for a shana tova umesuka.