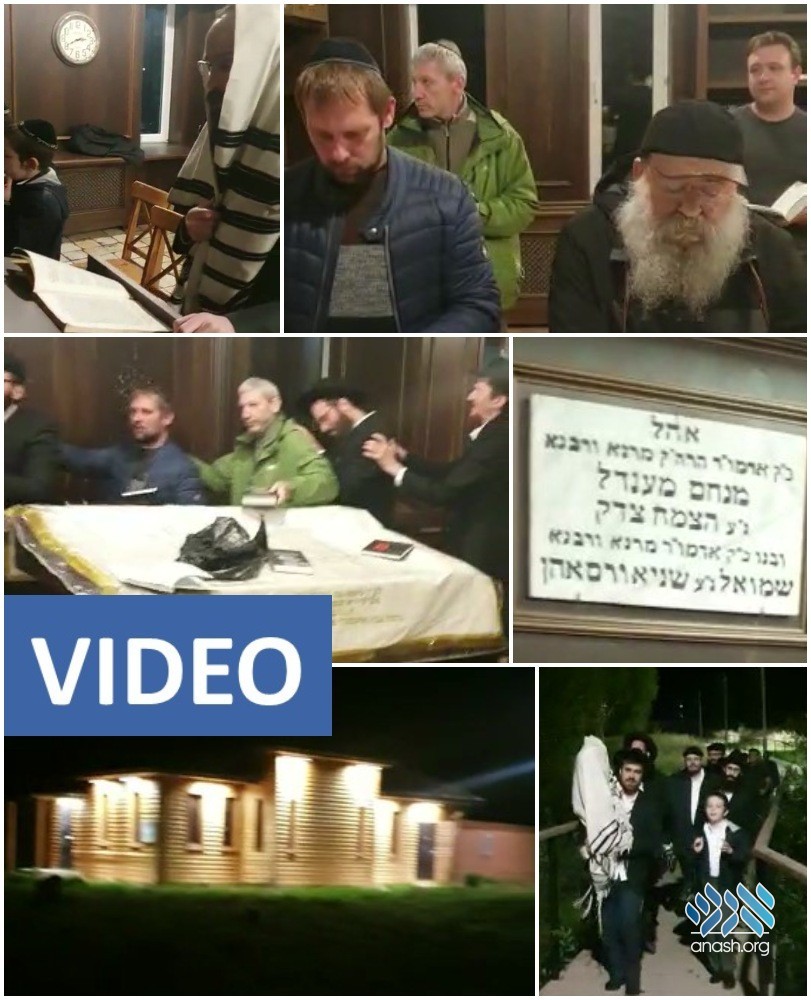 The newly reconstructed shul near the Ohel in the town of Lubavitch was host to a minyan for selichos for the first time since the cemetery and shul were destroyed in the Holocaust. The minyan was preceded by joyous dancing.

An uplifting Shabbos Selichos in the town of Lubavitch concluded with an historic Selichos late at night.

Two groups of guests spent the Shabbos in Lubavitch, led by shluchim Rabbi Levi Yitzchak Mondshine of Smolensk and Rabbi Yosef Yitzchak Marzel of Moscow. After a full Shabbos of learning, davening and farbrenging, the groups sat down for another farbengen Motzei Shabbos as preparation for Selichos.

Following the farbrengen, the groups headed over to the newly-rebuilt shul near the Ohel of the Tzemach Tzedek and Rebbe Maharash. The shul, which had been in use when the town of Lubavitch was the headquarters of Chabad Chassidus, was destroyed during World War II, and was rebuilt recently. The farbrengen and dancing thus also served as a ‘chanukas habayis‘ for the new/old shul, and the Selichos recited afterward was especially emotional for participants.

The entire Shabbos and Selichos was organized and hosted by Rabbi Gavriel Gordon, the energetic and dynamic shliach who is responsible for the preservation and development of the holy places in the town of Lubavitch and all activities in the town.

It should be noted that the first stage of the restoration of the holy sites in Lubavitch was completed by the European Jewish Cemeteries Initiative (ESJF) and Geder Avos Jewish Heritage Group.

All of the restoration projects in Lubavitch are fully sponsored by the noted philanthropists Yossi and Batshevah Popack through the efforts of the askan Mendel Levin and Geder Avos.