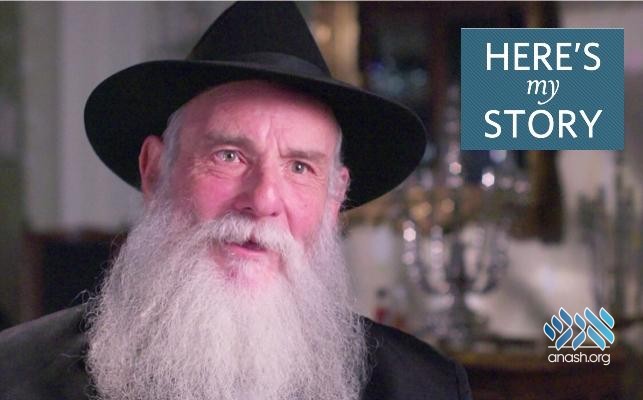 Rabbi Shlomo Cunin, Head Shliach to the West Coast, tells of when the Rebbe sent him on a special mission to deliver Matzos to a family with 2 blind children.

Since 1965, Rabbi Shlomo Cunin has served as the director of Chabad of the West Coast, which today is comprised of 220 Chabad Houses in California and Nevada. He was interviewed in January and August of 2013.

The events which I am about to relate happened when I was eighteen years old and still a student at the Chabad yeshivah in New York.

On the Eve of Passover, before going home to my parents for the Seder, I went to stand in line to receive a piece of matzah from the Rebbe.

When he saw me, the Rebbe said, “I understand that you are going to the Bronx so please be so kind and deliver matzah from me to a family over there. My secretariat will give you the address.”

I was elated to have the privilege to do something for the Rebbe; I couldn’t be happier to do this good deed. But when I got the address from Rabbi Mordechai Hodakov, the Rebbe’s secretary, I realized this wouldn’t be a simple matter.

My parents lived near Yankee Stadium in West Bronx, while this address was all the way on the other side of the Bronx Zoo in East Bronx which, in 1958, was a crime-ridden area, very dangerous at night.

I called my mother and told her, “Mammaleh, the Rebbe gave me a special assignment, so I’m not sure what time I will come home. Do me a favor – if I am not home for the Seder, just start without me. And if I don’t come home till very late, don’t worry.”

I took the subway and, don’t you know, as often happens in New York, it broke down and I was stuck for a while. When I finally got off, I had just enough time before Passover started to empty my pockets and throw away all the money I had, including the taxi money for my return trip, since per Jewish law I could not have money with me on the holy day. People who saw me do this thought I was crazy and everyone grabbed what I had thrown down.

I walked the rest of the way to Pelham Parkway, and when I asked for directions to that particular address, I was informed that it was a housing project for the blind. And then it dawned on me that there must be a specific reason why the Rebbe sent me here.

When I knocked on the door, I smelled something coming from inside that could only be bacon, and when I entered, I saw a loaf of bread on the table. Clearly, this was not a Torah-observant family that avoided non-kosher food and removed all leaven products from the house for Passover!

But I knew that I was on a mission, so I put a smile on my face and introduced myself to the tattoo-covered man who greeted me. “I am here to deliver matzah sent by the Rebbe,” I said, “and I am sure he would like me to share with you the story of Passover. Are your wife and children around?”

The man called in his wife, who was obviously pregnant, and two little girls who were both totally blind. We cleared the table and started the Seder. We did not have a Haggadah, but I led them from memory as best I could.

I told them that we have to have faith because on this night, G‑d liberates us just as he liberated our ancestors from slavery. The husband and wife seemed to be hanging on to every word as if they were getting nourishment just by listening. I told them that, on Passover, we journey from our personal Egypt to freedom, and that G‑d doesn’t put on our shoulders more than we can carry. Once you know that and believe it, you’re already liberated.

As they clearly had no kosher cups and no kosher wine or grape juice, I asked for paper cups, which I filled with water. This is how we tried to fulfill the mitzvah to drink four cups, and we recited the proper blessings over the Rebbe’s matzah.

By the time we finished, it was quite late, yet even so, I wanted to know exactly why the Rebbe had sent me there. So I said to them, “I would be very pleased to know, if you don’t mind sharing with me, how you came to know the Rebbe.”

“I am a tanner in a slaughterhouse,” the man replied, explaining that his job was to skin the animals after they were slaughtered. He related his story haltingly, in a simple way, so I am just condensing his words here: “At work, I met a kashrut supervisor who is a Chabad chasid and I confided in him that I have two blind children, and that now my wife has become pregnant again. The doctors said this child has a high chance of being born blind as well, and they advised an abortion.”

“I didn’t know what to do,” he continued, “it seemed to me, on the one hand, that we have a high chance of having another blind child, which we just couldn’t handle. On the other hand, what if that child would be able to see? Would we be killing a totally healthy baby? That’s what I told the Chabad chasid who, hearing my story, suggested that I write to the Rebbe.”

This man had no idea who the Rebbe was. He was not Torah observant in any way. He and his wife were Jewish but that was all. Nonetheless, he did what the Chabad chasid recommended – he wrote to the Rebbe.

The answer from the Rebbe came back: “Don’t have an abortion. I give you a blessing that, G-d willing, the child will be able to see, and you will derive much pleasure from this child and from all your children, including those that have not been blessed with the gift of sight.”

When he finished telling me this, I said, “Now I understand – I was sent here tonight as the Rebbe’s emissary to reinforce his message to you.”

I have no words to explain this man’s reaction – the tears were just streaming down his face.

Then I walked home through the most crime-ridden neighborhoods and arrived at my parents’ safe and sound at 4 or so in the morning. My mother was waiting up for me, and when I told her the story, she couldn’t have been more happy.

But here is the best part:

The baby was born – a boy who could see – and the Chabad chasid from the slaughterhouse arranged a proper circumcision.

Very many years later I learned  that this boy became Torah observant, as did his sisters. And I don’t doubt that the same Rebbe who sent me to this forgotten family in the Bronx before he was born is still blessing this entire family today.