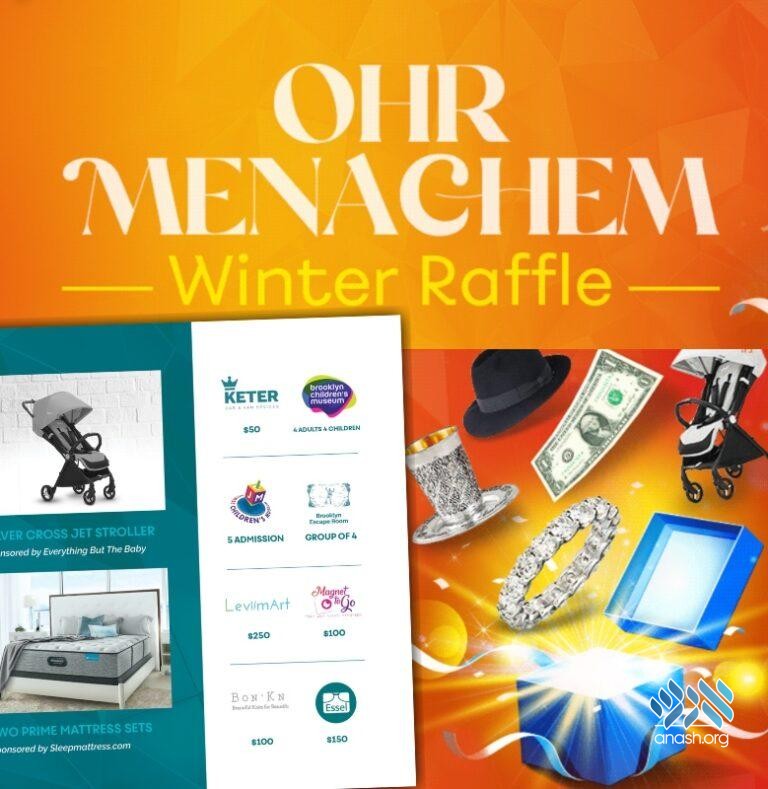 The winners of the second week of Cheder Ohr Menachem’s, Three Weeks, Three Raffles were announced. Another week of exciting prizes still remains.

It is not too late to join in to support the cheder al taharas hakodesh. You can enter the final week of the raffle all this week. Prizes include a complete set of Lekutei Sichos, a year’s membership at Mikva Meir, a Borsalino hat and more.

As the Rebbe wrote in a letter dated Zos Chanukah, 5726 “no sacrifice should be too great in our efforts in the cause of Chinuch, especially the education and upbringing of the younger generation”