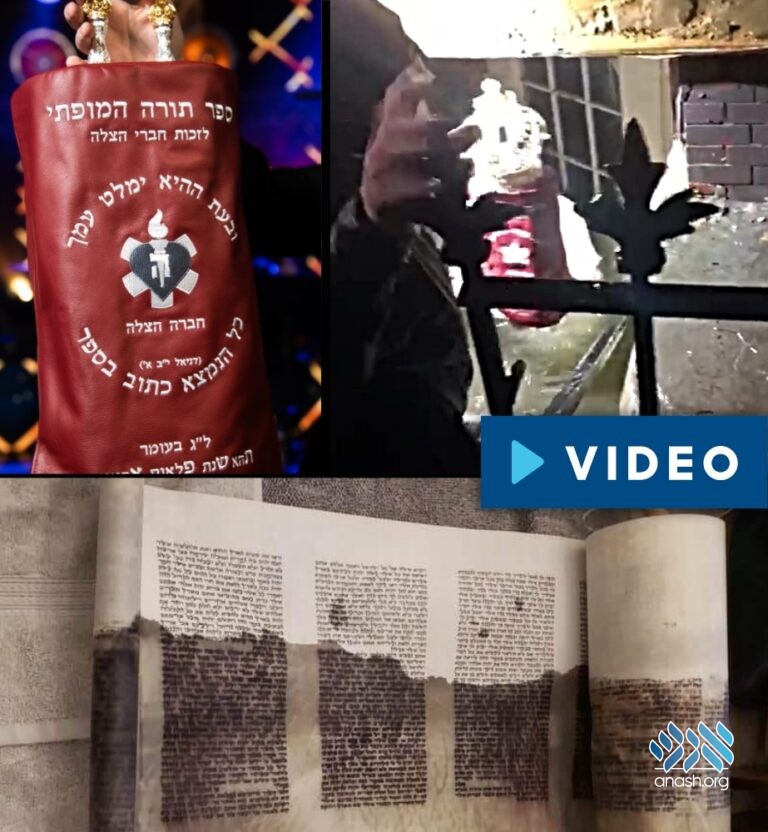 The second Hatzalah Unity Torah, completed on Lag B’omer in the merit of Hatzalah members worldwide, was severely damaged in the flash floods which ravaged New York. “It seems to be a decree from Heaven,” sofer Rabbi Moshe Klein said.

The flash floods that ravaged New York and New Jersey on Wednesday night took a heavy toll, with the full extent on life and property still largely unknown. Yet, despite the scope of the disaster, one particular loss hit home for many around the globe.

This past Lag B’omer, tens of thousands participated in the second annual Hatzalah-Thon. Culminating a week of support for Hatzalah, the star studded event also celebrated the completion of the second Hatzalah Sefer Torah. The Torah, written in merit of the members of Hatzalah around the world, was the second Hatzalah Torah, following on the heels of the first one written during the height of the covid-19 pandemic.

As historic rainstorms battered the Tri-States on Wednesday, thousands of basements were flooded, leaving tens of thousands of dollars of damage. With the Sambor Shul residing in a basement, it too was flooded, with waters reaching within a few feet of the ceiling.

As soon as they were able, Hatzolah, WSPU Shomrim and Chaveirim members from Williamsburg raced to the shul to rescue the Torah, along with the other Torahs in the shul. Videos on social media show a man wading in water up to his chest, rescuing a total of four Torahs.

After the rescue, the Torahs were brought to another shul, to asses any damage and to attempt to salvage them. When they opened the Hatzalah Torah, they were greeted with a jarring site. The bottom half of the Torah had been thoroughly soaked, leaving full paragraphs smudged, with the words almost completely illegible.

The Torah was quickly unrolled on a number of tables, with hope of salvaging the dry parchments. Yet, despite their best efforts, a large number of parchments were unrepairable and will have to be rewritten and replaced.

“It is yet another decree from Heaven,” sofer Rabbi Moshe Klein said. “The siyum was almost canceled after the events of Lag B’omer in Meron this year, and now, just a few months after its completion, the Torah became unfit for use in the floods.”

“It does not seem that the Torah will be able to be used in the near future, if at all,” he said.