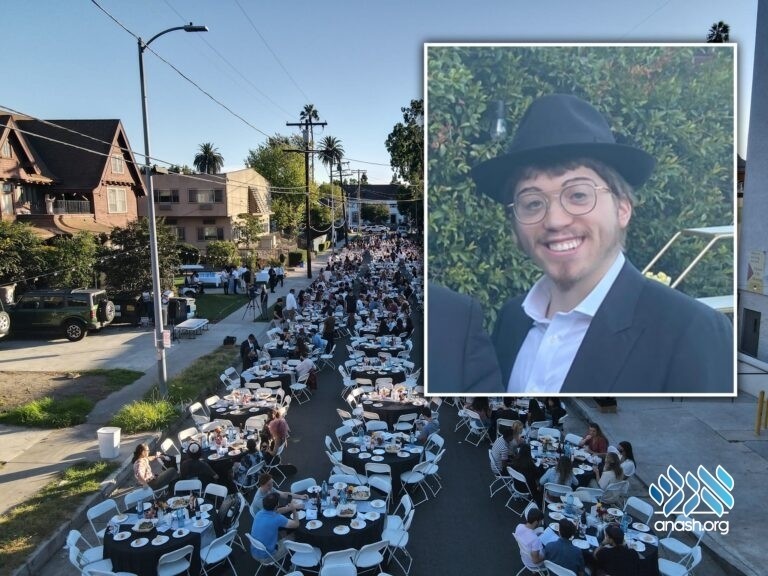 Rabbi Dovid and Mushky Junik, will be moving on shlichus to USC’s Campus to continue the exponential growth of the Jewish community

23 years ago, Rabbi Dov and Runya Wagner packed up their Brooklyn apartment. Together with their three-month-old baby Mushky, they were moving across the country to establish a new life.

Inspired by the mission of the Rebbe, they had answered the call to create a Jewish home at USC, in Los Angeles California. Stopping at the Ohel for a prayer and blessings, they headed off to the cross-country plane ride, not knowing what they would find on the other end.

Raising a family on a college campus is never an easy endeavor. Raising a Frum, Chassidishe family on campus at USC seemed a fool’s errand. Jewish life was sparse on campus, the pull of active social life, rigorous academic demands, and ambitious extracurriculars had for years precluded Judaism from taking root. But the Wagners set to work, building a Chabad House – a home away from home for every Jew on campus. One student joining a class became two, five guests for Shabbos became ten – and then 20, and 40, and on and on, until the current several hundred each week. Mushky was joined by brothers and sisters, the circle of students in their lives and their extended families growing ever wider through the years.

Fast forward to August 2022. The ever-growing number of participants at Chabad events has long since demanded additional staff at the Chabad House. So much has been accomplished, but there is still so much more to be done.

And so Mushky, along with her husband Rabbi Dovid Junik, packed up their Brooklyn apartment. They were moving back across the country to establish a new life. Growing up on campus at USC, she was fully aware of the challenges and obstacles they would face. But they too were inspired by the Rebbe’s call. And so – with the very same stop for prayer and blessings – they were heading across the country to join in the now multi-generational mission of strengthening Jewish life at USC.

With the arrival soon after of their baby, Rafi, Dovid and Mushky also face the challenges of raising a family on a college campus – a place where there are not only a dearth of religious Jewish families but almost no children at all. But they need no greater proof than Mushky herself that it can, in fact, be done.

Already in their few months here, the Juniks have brought new energy to Chabad at USC, and have impacted hundreds of student’s lives with their knowledge, inspiration, and warmth. This year has seen a record number of students attend daily events and Shabbos meals. Tefillin have been put on over 1200 times (!!) in recent months, over 120 Mezuzahs put up on campus, and so much more. “Shabbat 1000” saw one of USC’s largest events ever, with the street closed off for the 1000+ students who joined the warm Shabbos experience in the spirit of Hakhel (picture below taken minutes before Shabbos came in, as the crowd started flowing in).

To help support the work of the new Shluchim and impact even greater numbers of Jewish students, please consider joining this special Shlichus at www.chabadusc.com/junik