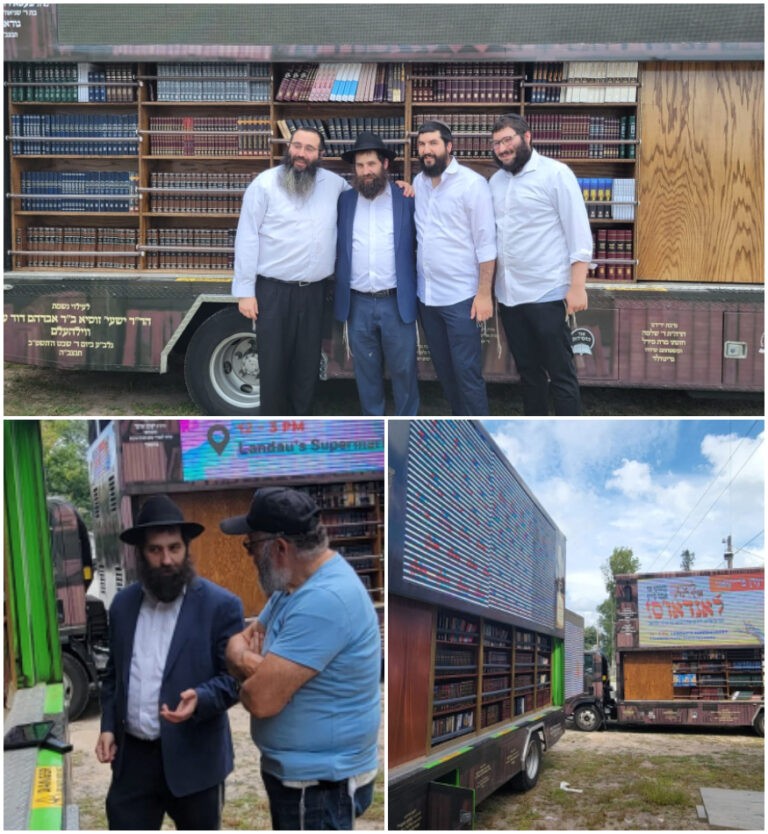 Baderech, a fully-outfitted mobile bookstore, stocked with sifrei chasidus brings chasidus to frum Jews will be visiting more people than ever with the launch of their second truck.

If you’ve seen these trucks rolling around the tri-state area, you’ve got Ohr HaChasidus to thank.

Baderech, a fully-outfitted mobile bookstore, and library stocked with sifrei chasidus, brings chasidus to frum Jews of all backgrounds who might not have access to it. As it visits different communities across the tri-state area, people can buy and borrow books on every topic related to the study of chasidus, right outside their front doors.

Baderech is a project of Ohr HaChasidus, a Crown Heights-based organization that extends the light of sichos kodesh to hundreds of thousands of Jews around the world.

Now, Baderech will be visiting more people than ever; last week, a group of Ohr Hachasidus organizers and supporters gathered in Monticello, NY, to celebrate the launch of their second Baderech truck.

The event, which took place at the restaurant of donor Rabbi Shneur Minsky, served as the official launch of the new Baderech truck. After the group toured the mobile bookstore and discussed the strategy for the second truck, it departed from the restaurant to begin its holy work.

“The new Baderech truck is designed to bring Chassidus to remote destinations we couldn’t reach before. It will allow us to distribute the wellsprings of Chassidus on a huge scale, in both quantity and quality.”

The first Baderech truck, which went into operation one year ago, visited dozens of bungalow colonies, lent Jewish reading material to hundreds of children, and sold thousands of books on chassidus. The addition of the second Baderech truck allows Ohr HaChasidus to scale up these operations and bring Chassidus to more yidden than ever before.

“It’s not even a question that this library elevated my kids’ summer,” says local mom Sarah M.