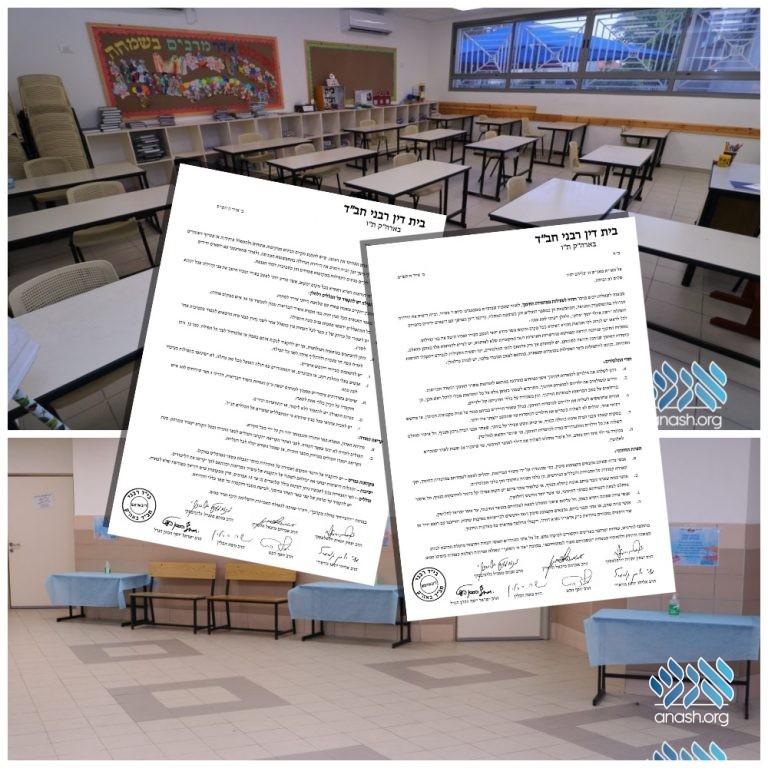 With schools in Israel set to fully open on Sunday, Chabad Rabbonim have issued guidelines for communities to follow. Mens’ mikvaos, kollels and yeshivos are also addressed.

As Israel’s government eases health and safety regulations, schools, minyanim and mikvaos are turning to Rabbonim for Torah’s guidance on the issue.

Israeli Prime Minister Benjamin Netanyahu approved plans to reopen school for grades four through 10 starting this Sunday, and following lengthy consultations with doctors, Chabad Rabbonim in Israel are permitting parents to have their children attend.

Two weeks ago, Israel opened school for younger grades but the Rabbonim strongly advised parents against sending. Now, as the number of virus cases continues to fall and many are reportedly less critical, the situation calls for reassessment.

According to the Beis Din’s guidelines, parents who send their children must ensure they will follow all the rules laid out by the Education and Health departments, which incude wearing masks and staying socially distant.

Mens’ mikvaos have also been permitted to reopen, so long as measures are taken to ensure proper cleaning and limit the number of users. Kollels that have received permission to open may host up to 15 avreichim but must ensure they follow all social distancing rules.

Even minyanim are now allowed – in open spaces – provided all mispallelim use their own siddurim, wear masks and stay six feet apart. Those who live with the elderly or sick (with any illness) however, are barred from attending.

The Rabbonim have stressed that in each situation, the local Rov is the one who calls the shots. “In general, one must follow the guidance of the local Mara d’Asra,” they wrote, “who best understands his location and community’s needs.”