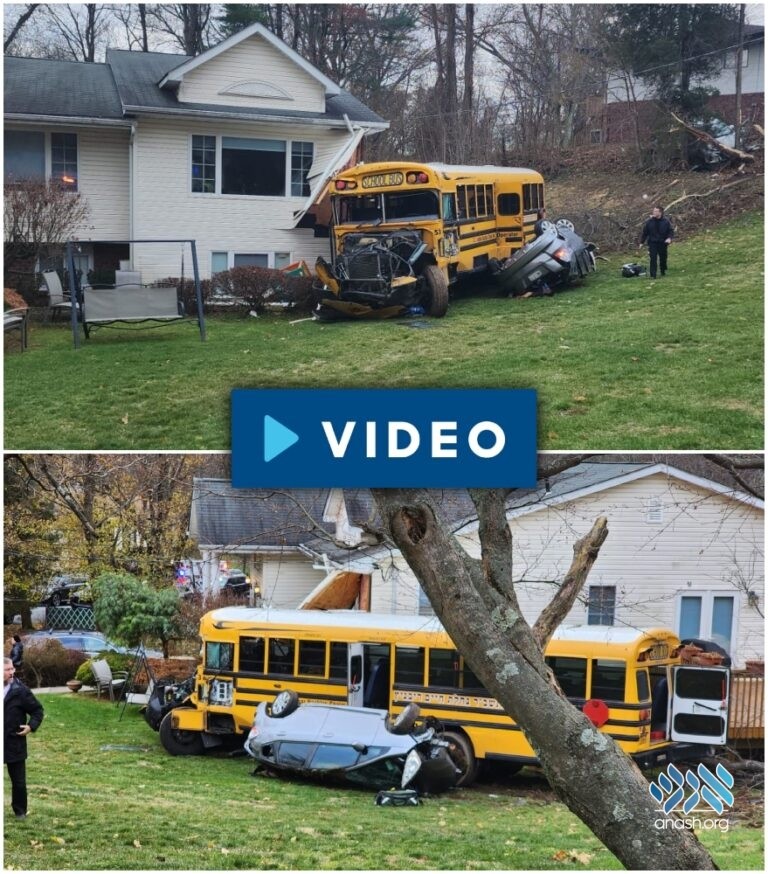 A school bus operated by a Monsey Yeshiva slammed into a house Thursday morning. At least 21 patients have been transported to nearby hospitals.

Monsey Hatzolah is at the scene of a serious bus-involved MVA on Southgate Drive in Spring Valley.

Witnesses report that the bus, operated by the Ribnitzer schools, slammed into a home and pinned a car underneath it. How the accident unfolded is not yet clear, but bystanders state that the bus struck two parked cars and dragged them with it over a hill and into a home.

At least 21 patients have been extricated from the wreck and transported to nearby hospitals, including at least 5 to trauma centers, with 2 in serious condition.

There is now a massive law enforcement presence at the scene, with an investigation underway. Rockland Chaveirim is at the scene as well, assisting with traffic and other urgent matters.

This story is developing. Further details will be published when available.