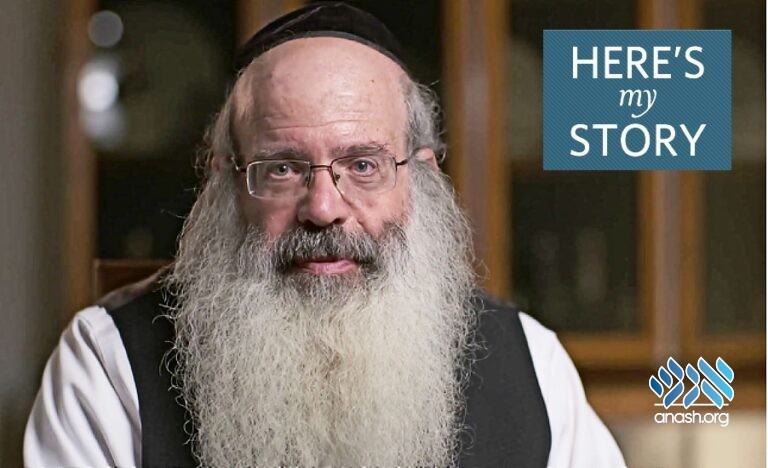 In 1979, senior Breslov Chassidim in Eretz Yisroel received word that the Ukrainian government planned to destroy the Kever of Rabbi Nachman. Naturally, they turned to the Rebbe for help.

Rabbi Nasan Maimon is a senior lecturer on the teachings of Rabbi Nachman of Breslov. In 2008, he established an online resource site where over 5,000 classes are available. He was interviewed in his home in Jerusalem in May of 2019.

As a teenager living in New York City, I became interested in the teachings of Rebbe Nachman of Breslov, a Chasidic Rebbe who lived in the late 1700s. During his short lifetime, those teachings made quite an impact, and when he passed away at the age of thirty-eight, he was buried at his request in the city of Uman, which is between Kiev and Odessa, in Ukraine. Ever since, his followers would gather at his resting place to pray.

During the Communist era, it became extremely dangerous to hold religious gatherings like this, but people continued, very discreetly, to visit the burial site. I managed to visit on one occasion, and there was a rabbi by the name of Reb Michel Dorfman who for years organized a small group to come to Uman for Rosh Hashanah. The site was located in a residential area on One Belinsky Street, in the backyard of a woman whose family name was Zubeida.

Reb Michel was one of the last remaining Breslover chasidim in Ukraine. Most of the others were either murdered during the Bolshevik Revolution and subsequent wars, or had gotten out of the country. He had spent six and a half years in the Siberian Gulag but in the early ‘70s, he was allowed to leave the Soviet Union with some other dissidents. He settled in Israel, where he took up a leadership position among the elders of Breslov in Jerusalem.

A few years later, in 1979, a message reached Reb Michel. It was from Mrs. Zubeida, the woman who lived near the gravesite, who had been told that several nine-story apartment buildings were going to be put up in her neighborhood. The people living in the area would be given apartments, but they were put on notice that their houses would be destroyed, and that the whole area would be dug up – including the gravesite.

Mrs. Zubeida was especially concerned about her garden and the chickens that she kept back there, so she asked the people who had come to visit Uman at that time to get word to Reb Michel.

Reb Michel and the other elders consulted with various leading rabbis as to whether to have the gravesite moved, and their decision was pretty clear: Since Rebbe Nachman had indicated that he wanted to be buried in Uman, the authorities would have to be persuaded to let him remain there.

“I know the Russians,” said Reb Michel, “and bribery is not going to work here since these apartment buildings are part of a five-year plan that comes straight from Moscow. So the only way to intercede is if we get the American government to ask Russia not to destroy the tomb.”

I was married and living in New York, in Brighton Beach, when I got a phone call that Reb Michel would be coming. He didn’t speak a word of English, and didn’t know anybody there. Could I help?

A few days later, after I picked him up from the airport, Reb Michel showed me some letters that he had brought with him. There were five that I remember: One for the President of the United States, Jimmy Carter; another for the Lubavitcher Rebbe; to the Satmar Rebbe; to the head of Agudas Yisroel of America, Reb Moshe Sherer; and to Rabbi Moshe Feinstein, one of the leading halachic authorities at the time.

It was a few days before Shavuot, so a friend suggested that we bring the letter to the Rebbe right after the Holiday. I remember coming to 770 and seeing thousands of people gathered there. The Rebbe spoke, there was singing, and it was a beautiful farbrengen. Then everyone lined up and the Rebbe began pouring wine for each person and saying l’chaim to them. There were so many people going by that when it was our turn there wasn’t time to speak.

But the Rebbe had good eyes, and he could tell that when Reb Michel handed him the letter, it was important. He took it, put it aside and Reb Michel understood that he knew what to do with it.

Sure enough, two or three days later, we got a message from the Rebbe: “The person you need to be in touch with is Rabbi Pinchas Teitz. He’s the one who can help you.”

I looked to Reb Michel, thinking that he would be disappointed, and that maybe we would have to set up a meeting with the Rebbe to get a more detailed response. But Reb Michel was satisfied. He understood that what we needed was direction, and now we knew who to speak to.

Rabbi Pinchas Teitz had established from scratch a Jewish community in Elizabeth, New Jersey, and he was a brilliant leader. He knew how to deal with everyone, and he made connections with all kinds of important people.

Reb Michel and I went to tell him the whole story, and after verifying it, Rabbi Teitz pulled a letter written on White House stationary out of his filing cabinet. “Let me read this to you,” he said.

The letter was signed by Robert Lipshutz, a close friend of President Jimmy Carter and the White House counsel. It was a thank you letter, written on behalf of the president and the United States government.

When Jimmy Carter was running for president, the leaders of the Jewish community pretty much ignored him. He was a religious peanut farmer from Georgia and they were sure that he’s not going to be the president, so they spent their time and effort with the other candidates. But Rabbi Teitz said, “Who knows?” It seems that Rabbi Teitz discussed the matter with the Lubavitcher Rebbe, who told him to make sure to be in touch with everybody.

So he did. He invited Jimmy Carter to come and meet with his community, and the news of that visit was broadcast on television and on radio. It was one of the only meetings that Carter had at the time with representatives of the Jewish community, and this letter was to express his appreciation.

The letter ended by saying, “Should you ever need to call on us, the White House door will be open to you.” Rabbi Teitz said, “I’ve had this letter for several years already, and I never had a reason to use it. But maybe this was all for Rebbe Nachman – it could be that now is the time to take the President up on his offer.”

Together with Rabbi Aryeh Kaplan, we prepared a whole presentation on the matter, and Rabbi Teitz sent it off to Robert Lipshutz. Then we waited and prayed.

By Divine Providence, this was a week or two before the first meeting in decades between the President of the US and the General Secretary of the USSR. Leonid Brezhnev was going to be meeting with Jimmy Carter in Vienna, and soon we learned from Robert Lipshutz that Carter had agreed to bring up this matter during their negotiations.

A short while later, we got word from the Russian ambassador to the United States, Anatoly Dobrynin. He delivered a message to the White House saying that the Kremlin acknowledges that there is an important site at One Belinsky Street and even though they will be going ahead with the building project, they will make sure that the site is not be harmed in any way.

It was just incredible. And we still have such tremendous gratitude to Rabbi Teitz, who successfully saved Rebbe Nachman’s burial site, as well as to the Lubavitcher Rebbe, who in a time of crisis, put us on the right path.