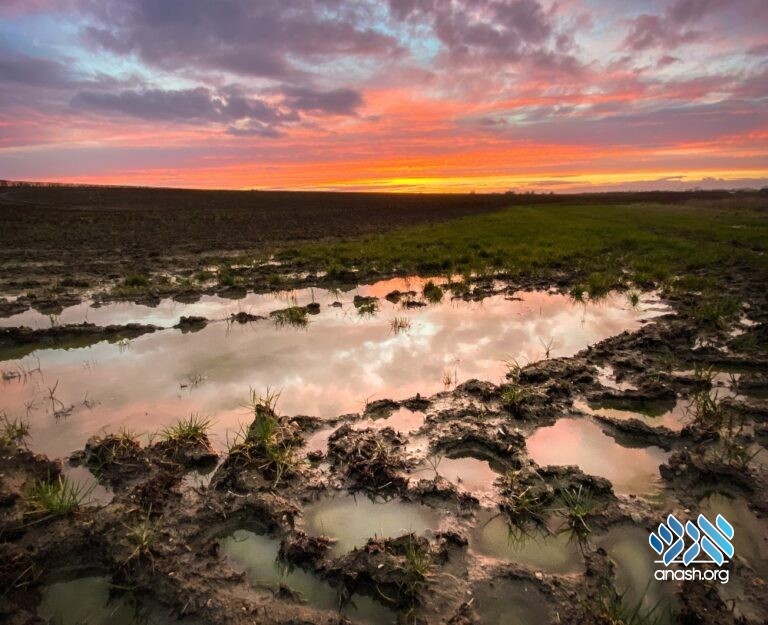 Motzei Shabbos Story: For hundreds of years, the Jewish community of Radoshitz did not have their own cemetery. When they tried purchasing a plot to establish one, they were met with stiff resistance by the local poritz.

Although Jewish people had called the Polish town of Radoshitz home for hundreds of years, the local Jewish community was still without a cemetery.

This meant that every time a Jewish person died, the body was transported to a neighboring town for burial. Not only was this highly inconvenient, it was antithetical to the Jewish sensibility to show honor to the deceased.

One day, the communal leaders gathered in the chambers of Rabbi Yissachar Dov, known as the Sabba (Grandfather) of Radoshitz, and complained about the situation.

“Why don’t you go ahead, select a parcel of land, and dedicate it as a cemetery?” asked the sage.

“The truth is,” answered the townspeople, “there is a plot of land on the outskirts of town that would suit our needs perfectly, but it belongs to the local landowner, who refuses to sell it to us—not because he has plans to do anything with the land but because he hates Jews. We offered to compensate him very generously, but he simply wouldn’t budge.”

“You are just in your complaints,” said the rabbi, sinking into a deep reverie. “I, too, agree that the time has come to consecrate a Jewish cemetery in Radoshitz. If the landowner agrees to sell the land, good. And if not, he will end up giving it against his will.”

Several days passed, and the local landowner went for a ride with his family, intending to inspect his many properties in Radoshitz and the surrounding hamlets.

As they passed the very property that the Jewish community had sought to purchase, the wheels of the wagon began to sink into the muddy road.

The wagon driver began whipping the horses, hoping that an extra tug would pull the cart out of the mud. But the more the poor horses pawed at the ground, the deeper they seemed to sink.

Hearing the distressed cries of the noble and his family, peasants from nearby farms began to gather, each one seeking to help. Fearing that they, too, would get mired in the mud, they attempted to help the family by throwing ropes for them to grab onto. But nothing seemed to help, and the wagon sank deeper and deeper into the quagmire, and the family feared for their lives.

At that point, a non-Jewish peasant had an idea. “You know, there is an old Jew in town who everyone says can do miracles,” he called out to the distressed nobleman. “I’ll run over and ask him to do what he can. At this point only a miracle can save you.”

The landowner’s desire to live trumped his disdain for the Jews, and he urged the peasant to run to the rabbi as fast as he could.

The group of peasants arrived breathlessly at the rabbi’s door and lost no time in explaining the predicament of the landowner and his family.

Rabbi Yissachar Dov calmly sat down at his desk, took out a pen and ink, and wrote on a blank sheet of paper: “I hereby accept upon myself to sell the property adjacent to where I now find myself to the Jewish community for the purpose of establishing a cemetery.”

“Do whatever you need to do to get this paper to the landowner,” he instructed the surprised peasants. “Tell him to sign the paper immediately. And then, and only then, will he and his family be saved.”

By the time the peasants returned, the four wheels of the wagon were completely submerged in mud, and the noble family was panicking.

After hearing the rabbi’s response and seeing the paper, the landowner had no choice but to sign the paper that they had thrown to him.

Almost immediately, as if it were attached by strong ropes to a mighty team of horses, the wagon began to quiver and slowly rise from the muck. With renewed vigor, the horses tugged and strained, dragging the coach to firmer land.

After returning his shaken family to their home, the landowner made his way to the rabbi’s house to thank him for saving him and his family.

“I understand that this was a punishment from G‑d,” said the noble with newfound humility. “I had refused to provide your community with a place to bury their dead, and my family and I were almost buried alive in that same place!”

The nobleman was true to his word. Not only did he grant the plot to the Jewish community for the cemetery, but he did so free of charge. From that time on, he was a changed man, an honest, kindly and generous patron of the Jews living on his estate.

Translated from Hebrew and adapted from Niflaot Hasaba Kadisha vol. I (Petrikev, 1929) as retold in Sichat Hashavua, vol. 995.
Reprinted with permission from Chabad.org