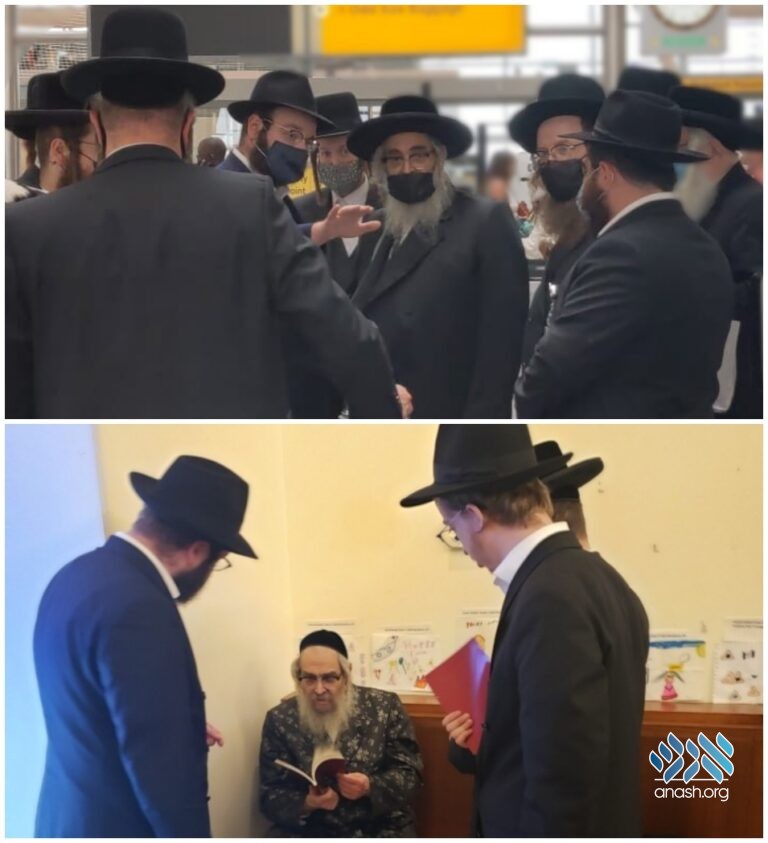 While passing through JFK airport on the way to Eretz Yisroel, the Satmar Rebbe Harav Aaron Teitelbaum praised the work of the Chabad bochurim at the airport, and was presented with a booklet of the Rebbe’s teachings.

While passing through JFK airport on Monday the Satmar Rebbe Harav Aaron Teitelbaum was greeted by the bochurim manning the Chabad at the Airport mivtzoim counter.

The Satmar Rebbe was on his way to Eretz Yisroel, where he will visit the tziyon of Rashbi in Meron and meet his chassidim.

When passing by the Chabad counter, the Satmar Rebbe stopped to speak to the bochurim. He noted that he is a grandson of the Alter Rebbe, and praised the work of Chabad at the airport, directed by Rabbi Yossi Rapp, and around the world.

The bochurim who were manning the desk accompanied him there, and presented him with the newly reprinted Kuntres Chof Ches Sivan, which contains a ma’amar and sichos of the Rebbe, along with the history of the Rebbe and Rebbetzin‘s escape from Nazi occupied Europe.