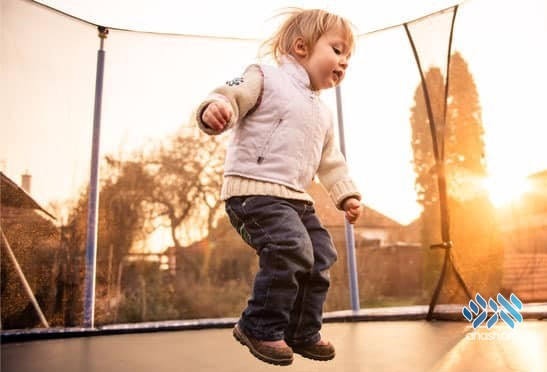 Does a trampoline need to have a fence around it?

There is a mitzva from the Torah to erect a fence (maakeh) around a roof on one’s property—owned or rented—to prevent people from falling. The fence must be at least 10 tefachim and be sturdy enough to support the weight of a person leaning on it.

The Alter Rebbe writes that the roofs of houses in his time did not require a maakeh since people didn’t use them. The door leading to a roof that isn’t generally used and does not have a maakeh must be securely locked. Roofs that are used are obligated today as well.

In addition to the mitzva of maakeh, there is a lav (biblical prohibition) not to allow danger in one’s home. Thus, any potentially harmful element on his property that can lead to fatal consequences must be removed or taken care of to ensure it doesn’t cause any harm. However, a bracha is not recited on these measures which are taken to avoid a prohibition.

Poskim debate the status of a staircase and the roof of a non-dwelling structure (e.g. shul or storage) that is used. Some hold that it is obligated by maakeh and a bracha is recited, while others hold it is merely preventive and a bracha is not needed.

Common examples where the lav applies include: