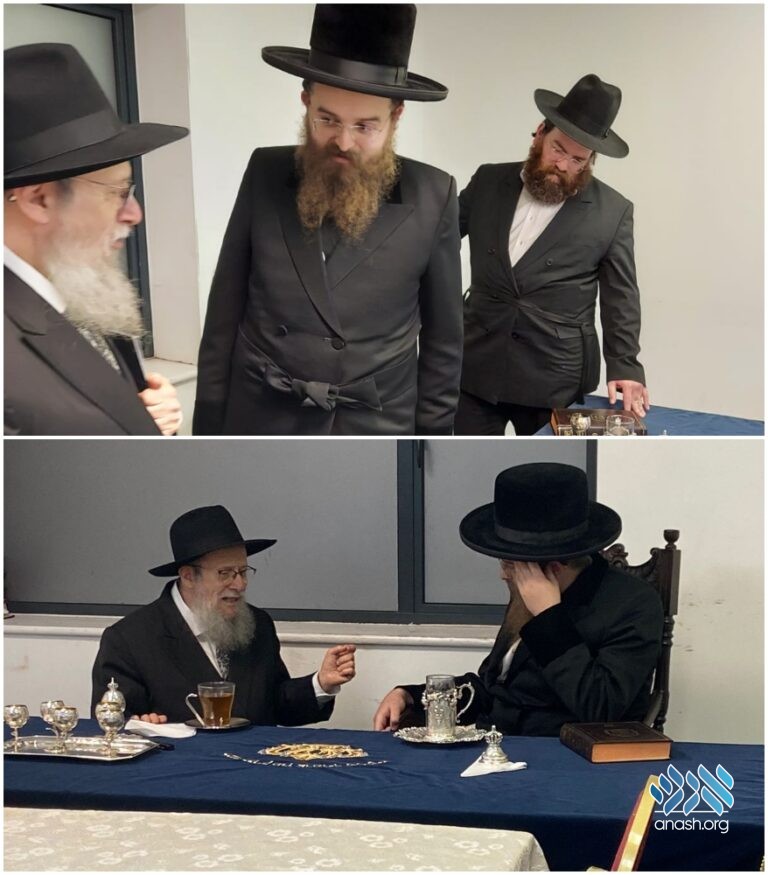 While visiting London to lead farbrengens over Yud Kislev, Buffalo Shliach Rabbi Nosson Gurary visited the Sadigura Rebbe, who like him is a descendant of Reb Yisroel Ruzhiner. The discussion between the two continued for so long that the Sadigura Rebbe canceled his weekly shiur.

While visiting London to lead farbrengens over Yud Tes Kislev, Rabbi Nosson Gurary, longtime Buffalo Shliach and currently mashpia at the Lubavitch Yeshiva of Nyack, was warmly welcomed into the house of the Sadigura Rebbe, Harav Aharon Dov Ber Friedman.

Rabbi Gurary is currently visiting the United Kingdom to lead a number of farbrengens over the coming week, starting from this Shabbos and continuing through Yud Tes and Chof Kislev. He will be addressing crowds in Manchester, Gateshead, Golders Green, and Stamford Hill.

Rabbi Gurary will be spending the Shabbos in London, farbrenging for large crowds. On Friday night, the Sadigura Rebbe will also participate in the farbrengen, which will feature stories of tzadikim, inspiring talks and chassidishe niggunim.