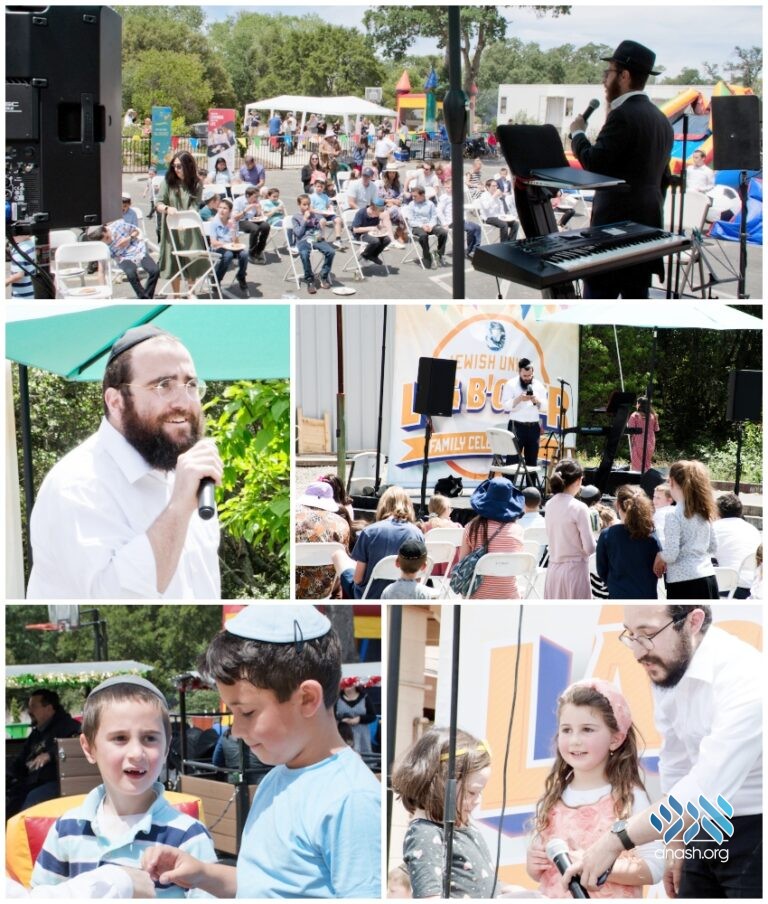 In a first for the region, the Sacramento Jewish Academy, in collaboration with the regional Chabad Centers of Greater Sacramento, hosted a well-attended Lag B’omer Family Celebration and Unity Concert featuring singer Boruch Sholom.

In a first for the region, the Sacramento Jewish Academy, in collaboration with the regional Chabad Centers of Greater Sacramento, hosted a well-attended Lag B’omer Family Celebration and Unity Concert.

The event was held at the school campus in Granite Bay, CA, and drew a diverse crowd from a broad region and many were pleasantly surprised to discover the vibrancy of the local Jewish community.

The uplifting event included a delicious BBQ, along with rides and a fun photo booth. But the highlight was certainly a live concert by Chassidic singer, Boruch Sholom. Boruch Sholom performed some of his lively musical hits, along with other popular songs – including adapting some popular children’s educational songs to the local audience.

Taking place only hours after the terrible news out of Meron, the many participants were comforted and encouraged by the inspiring and uplifting words of Rabbi Mendy Cohen, senior shliach to the Sacramento region and Dean of the SJA.

Rabbi Chaim Zaklos, director of Chabad of Solano County, led the assembled children and their parents in reciting Tehillim in the merit of the families of those who perished and the speedy recovery of the injured.

Rabbi Yossi Grossbaum, director of Chabad of Folsom/El Dorado Hills, spoke about the unique nature of Lag BaOmer and the significance and power of Ahavas Yisroel, and Rabbi Yanki Hecht, director of Chabad of Lincoln and a popular mechanech at SJA led the Tzivos Hashem rally and the recitation of the 12 Pesukim.

The driving force behind this unique event was Rabbi Yossi and Malkie Korik, Chabad of Placer County, and directors of SJA.