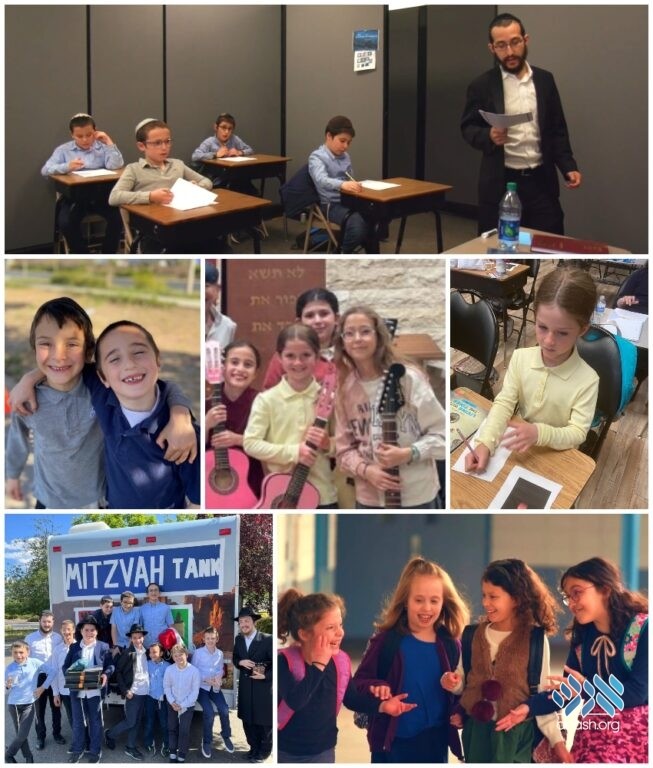 The Sacramento Cheder, serving shluchim and locals in Northern California is now in escrow to purchase a beautiful 9000 sq ft building on 3 acres of land situated at the highly desirable neighborhood of Granite Bay.

During the COVID shutdown of public schools in California, Joshua and Sara wanted a real in-person school for their son David. Though attending a full-time Jewish school wasn’t exactly what they had envisioned for their family, they considered the idea “better than being behind a computer all day”.

David is now going into his 3rd year at the Sacramento Jewish Academy Cheder! David is advanced in his class in Chumash, he knows the entire Perek Alef of Tanya by heart and loves singing along to nigunim.

David’s family has also been learning and are making steps forward in their Yiddishkeit. They are now getting ready to Kasher their kitchen for the first time.

“8 years ago, we started our cheder with just 6 students. We intended to have a small cheder for our children”, says Rabbi Yossi Korik. “Baruch HaShem as we enter the upcoming school year, we are preparing to enroll close to 100 students, of which sixty percent are Shluchim’s children from across 11 cities.”

For the Richlers, the daily 2-hour commute from S. Lake Tahoe is worth every minute, as the Cheder provides the chinuch they need to raise their children in a robust chassidisher environment, allowing them to focus on their bustling shlichus, servicing the community and tourists at the famous ski resort of Lake Tahoe.

Just before Pesach, we met Ruvi, an 11-year-old boy, whose mother wanted him in a better educational environment than the public schools. We welcomed him and quickly formed a plan on how to include him in a 5th-grade cheder class while he was still becoming familiar with the Alef Beis. After some private tutoring,  warm friendships from his new classmates, and tremendous support from his teachers, he’s now getting ready to begin the coming school year in Kita Vav, fluent in reading, familiar with all tefilos and significant knowledge in basic chumash and mishnayos.

Over the decades of shlichus, many shluchim merited to hear from the Rebbe that he takes the responsibility of the chinuch of the shluchim’s children on his shoulders.

Today in a very religious county in California known as the California Bible Belt, where less than one percent of the population is Jewish, the Rebbe is bentching us with not only a robust chassidisher cheder for the shluchim’s children, but community children are now joining the shluchim for the same chassidisher chinuch.

When Rabbi Mendy and Dinie Cohen moved out to Sacramento 28 years ago, they could have never imagined anything like this happening. Rabbi Cohen shares, “For our eldest 5 children, we needed to send them 400 miles away from home at a young age to attend a proper cheder in Los Angeles. The brocho of having such a cheder in our area is nothing short of an open miracle of the Rebbe”.

Several months ago a tremendous opportunity became available for the benefit of the present and long-term future of the cheder. A beautiful 9000 sq ft building on 3 acres of land situated at the highly desirable neighborhood of Granite Bay, located within 1 mile of the local chabad house – where the cheder is currently located – has gone on the market.

Baruch HaShem with tremendous support from local donors, the property is now in escrow, scheduled to close beezras HaShem on 20 Menachem Av, and it is ready to move in, allowing us to begin the upcoming school year on 2 Elul at this new site.

Rabbi Yossi Korik shares, “The miracles we are witnessing are well beyond the natural realm in every way. Having seen first hand the impact the cheder has already had, with the growing brochos and kochos the Rebbe is giving us, we must reach every Jewish child in the greater Sacramento area with chinuch hakosher”.

Click here to watch the story of the Sacramento Jewish Academy Cheder.