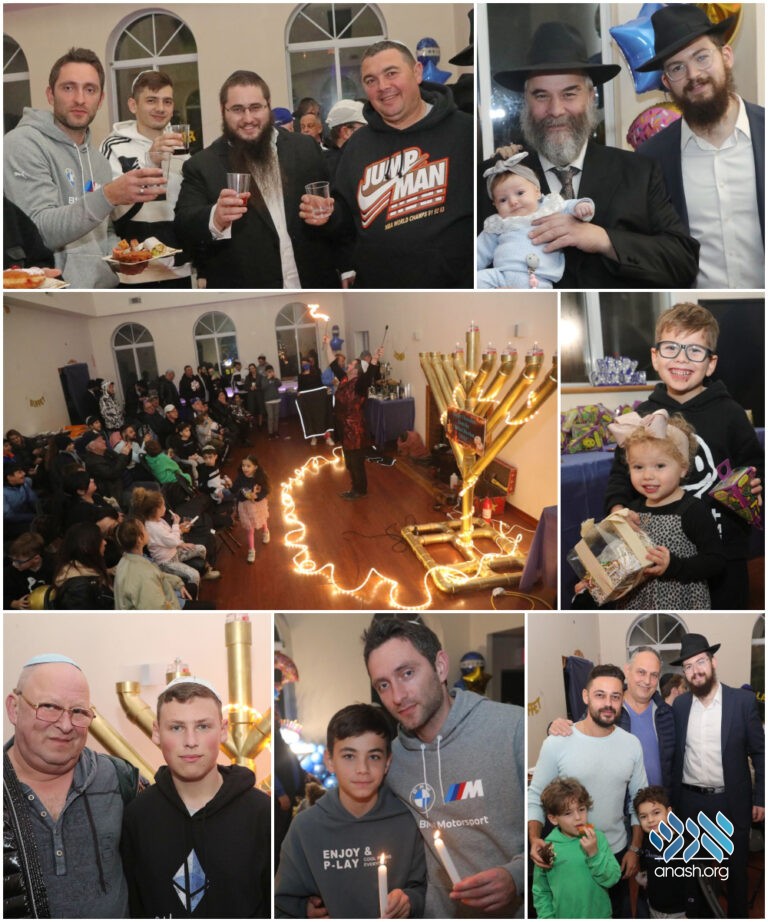 100 Russian-speaking Jews gathered in a Georgetown clubhouse in Brooklyn, NY, for a Chanukah party hosted by shluchim Rabbi Mendy and Sterny Weissberg. For one of them, it was a significant milestone.

On the fifth night of Chanukah a beautiful event took place in a Georgetown clubhouse in Brooklyn, NY, where 100 Russian-speaking Jews showed up to an attractive Chanukah party. The party was hosted by The Chabad Russian Center of the area run by shluchim Rabbi Mendy and Sterny Weissberg.

The event was conducted all in Russian. It started with a video of the Rebbe speaking in Russian followed by a moving Menorah lighting ceremony which left the crowd only wanting more. A riveting fire show had everyone on their toes and professional break dancers ended the evening on a most festive note – not to mention the never ending delicious food, l’chaim bar and Chanukah gifts for all who attended.

Everyone left the event saying that they will be back again.

After the party, Rabbi Weissberg, who is originally from Moscow, received a message from a neighbor in his hometown, saying that one of the attendees was in fact his cousin. He had messaged him saying he was so moved by the event.

“I’ve lived in New York for 40 years,” he wrote, “and this is the first time I have attended a Chanukah Party!”