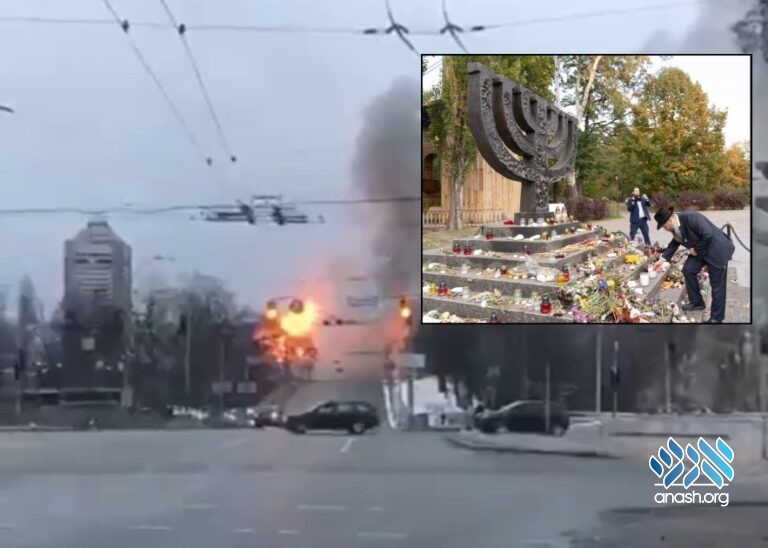 The Babi Yar Holocaust Memorial Center in Kyiv where 33,000 Jews were murdered by the Nazis in 2 days, has been damaged in a Russian airstrike.

The airstrike targeted a television tower next to the center in Kyiv. Several television channels have reportedly ceased broadcasting the wake of the attack.

More than 33,000 Jews were murdered by the Nazis in Babi Yar on September 29-30, 1941, in the largest mass killing by the Nazi regime outside the concentration camp. In total, over 100,000 people were killed there – mass executions continued until the liberation of Kyiv.

Natan Sharanksy, the former head of the Jewish Agency, issued a harsh statement, saying”: “We, at the Babyn Yar Holocaust Memorial Center, built on Europe’s largest mass grave of the Holocaust, work to preserve historical memory following decades of Soviet suppression of historical truth, so that the evils of the past can never be repeated. We must not allow the truth to – once again – become the victim of war.”