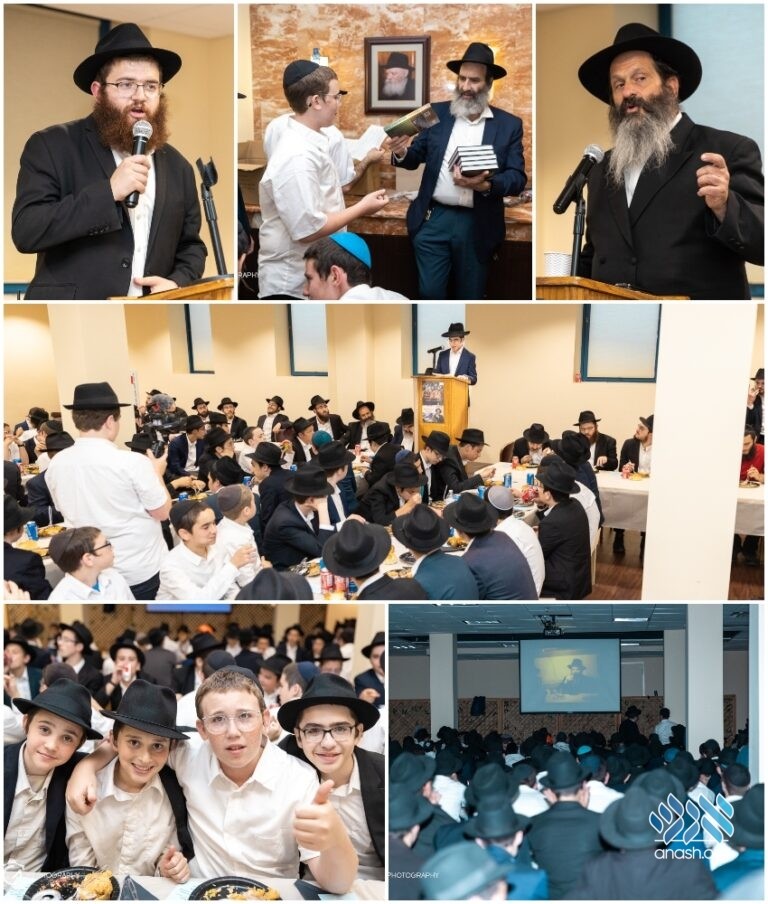 Talmidim at YSP Morristown celebrated the Chag Hageula of Yud Beis and Yud Gimmel Tammuz with a grand seuda and Farbrengen.

MC Mendel Samuels began the evening with words of inspiration. He was followed by Talmid Mendel Weinman who addressed the theme of the day.

Keynote speaker Rabbi Sholom Mordechai Rubashkin spoke about the Frierdiker Rebbe‘s imprisonment and release and shared stories about his own experiences in confinement and his own miraculous redemption.

At the conclusion of the farbrengen, YSP director Rabbi Mendel Goldberg handed out awards to talmidim to excelled in Gemara Baal Peh program.