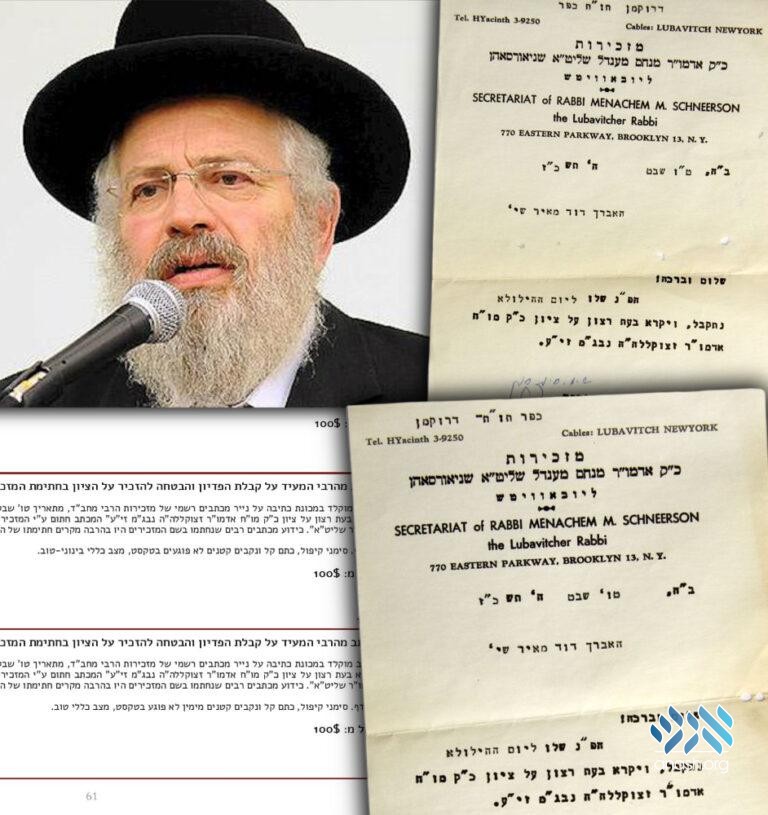 When the Moreshet Auction House published their catalog last month, Rabbi Dovid Meir Drukman, Chief Rabbi of Kiryat Mozkin, discovered that two letters from the Rebbe to him were being sold. He said he never received them.

When the Moreshet Auction House published their catalog last month, Rabbi Dovid Meir Drukman, Chief Rabbi of Kiryat Mozkin, was in for a shock.

Buried among the hundreds of Chabad related items were two letters from the Rebbe addressed to him. He says he never received them and had never even heard they existed.

The story began when the Moreshet Auction House, in Bnei Brak, Eretz Yisroel, announced a special auction dedicated to Chabad items, in advance of the 70th anniversary of Yud Shvat.

Over 125 items were listed in the catalog, including rare seforim, paintings of the Rebbe, dollars and coins given by the Rebbe, and a number of letters from the Rebbe and Frierdiker Rebbe.

Items number 118 and 119 seemed unremarkable. Two lots, each containing one letter on the letterhead of the Rebbe’s secretariat, acknowledging receipt of a pan. But then someone noticed that both were addressed to [Rabbi] Dovid Meir Drukman, then a bochur in Kfar Chabad Yeshiva, and alerted him to the sale.

When Rabbi Drukman saw them, he quickly realized that he had never seen these letters, and definitely did not receive them.

Rabbi Drukman told Anash.org that the story is even stranger than that.

“If you look, both letters are dated on the same day, and both have identical text,” he said. “However, the address at the top is slightly different – one says ‘Drukman – Kfar Tomchei Tmimim’, and the other says ‘Kfar Tomchei Tmimim – Drukman'”.

Rabbi Drukman says he might have a way to explain where they had come from, but that wouldn’t explain why he never got them.

“In Nissan of that year, 5727, I traveled to New York for kevutzah, so it is possible that, with the postal service of those days, the letters from Shvat arrived after I had left and some one took them for himself,” he said.

“Regardless, these letters are clearly stolen, and without any doubt belong to me. After all, they clearly say my name! Shulchan Aruch prohibits buying stolen goods, and such is clearly the case here,” he said.

Despite Rabbi Drukman’s protests, the auction house did not remove the items from the sale, and both letters sold for $140 and $160 respectively.