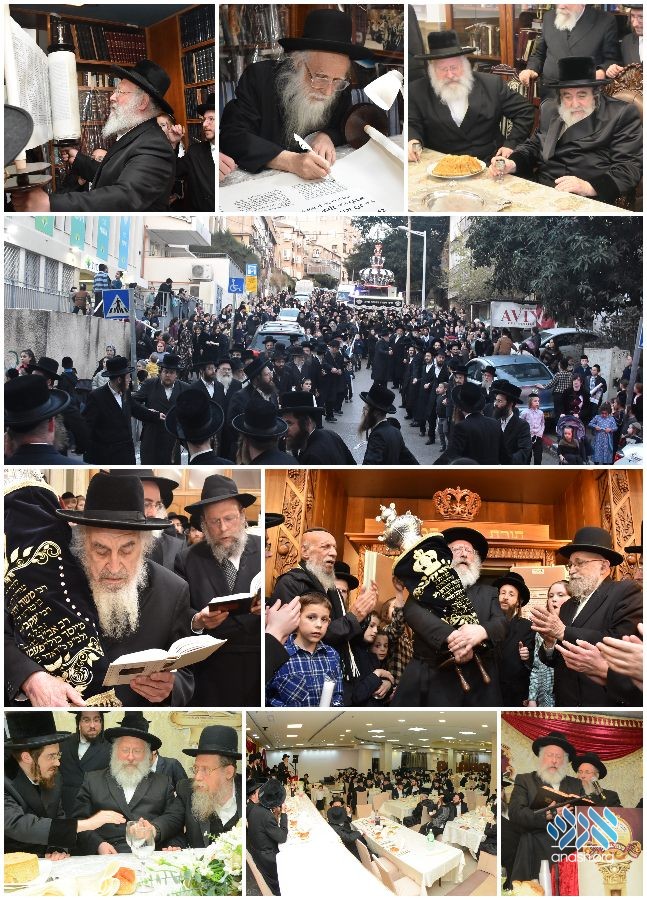 Leading rabbonim joined family and students of Harav Moshe Landau a”h, who served as the rov of Bnei Brak for over 30 years, to complete a Torah in his memory on Sunday, his third yahrzeit.

On Sunday, 24 Adar II, family and students of Harav Moshe Landau gathered in his home in Bnei Brak to complete a Torah in his memory on his third yahrtzeit. The Torah was sponsored by the late rov’s students, alumni of Kolel Paamei Yaakov, and staff at the world-famous Harav Landau Kashrus.

Leading the event was his son and successor, Harav Aizik Landau, who heads the rabbonus in Bnei Brak alongside Harav Shevach Rosenblatt from the Litvishe sector. After completing the writing of the final letters in the late rov’s home, the procession, led by Harav Landau’s sons, his son-in-law, Harav Yosef Yitzchok Belinov, and his brother, Harav Eli Landau, headed to Harav Landau’s shul.

Following the traditional hakafos, a seudas mitzvah was held in a nearby hall. Many distinguished rabbonim participated in the siyum and seuda, including the Rebbes of Vishnitz, Machnofka, Zutchka, Sadiger, and Modzitz, Harav Mendel Shafran, and other rabbonim.