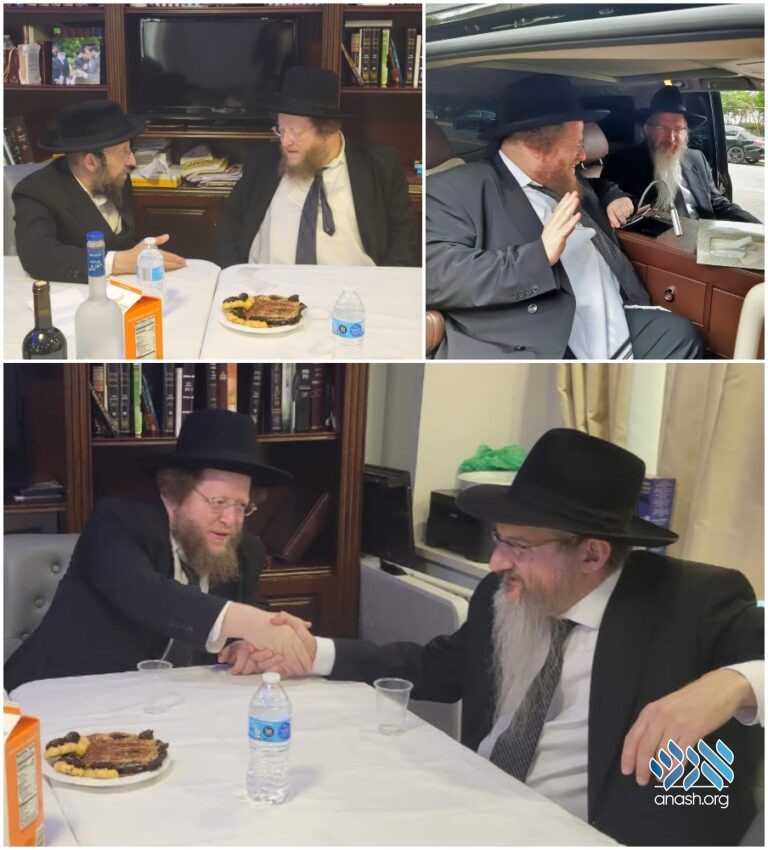 Chief Rabbi of Russia Berel Lazar held a formal meeting with Rabbi Sholom Ber Sorotzkin, rosh yeshiva of the Ateres Shlomo yeshiva network, near the Rebbe’s Ohel ahead of the new year. Following the meeting, Rabbi Sorotzkin spent some time davening at the Ohel.

Chief Rabbi of Russia Berel Lazar held a formal meeting with Rabbi Sholom Ber Sorotzkin, rosh yeshiva of the Ateres Shlomo yeshiva network, near the Rebbe’s Ohel on Sunday, ahead of the new year.

Over the past year, Rabbi Lazar has been investing much effort into bringing achdus between the many factions in the Jewish world. In the course of his efforts, he has reached out to many communities in America and Eretz Yisroel, including the Satmar community in Kiryas Yoel, where he was warmly greeted by the Satmar Rebbe.

On Sunday, Rabbi Lazar held another noteworthy meeting, this time with a prominent Litvishe Rosh Yeshiva from Eretz Yisroel. The meeting, arranged by Rabbi Zalman Leib Markowitz, took place a short distance from the Rebbe’s Ohel, where Rabbi Lazar spent Shabbos Selichos together with a group from Moscow, as per his annual tradition.

Taking place only a few days before Rosh Hashana, the two exchanged blessings for a sweet new year, and warmly discussed a number of subjects, including possible collaborations between mosdos.

Following the meeting, Rabbi Sorotzkin headed over to the Rebbe’s Ohel, which was a short distance away from the house where the meeting was held. At the Ohel, where he requested no pictures be taken, he spent some time davening for the success of his Yeshiva network, and for a ksiva v’chasima tova.