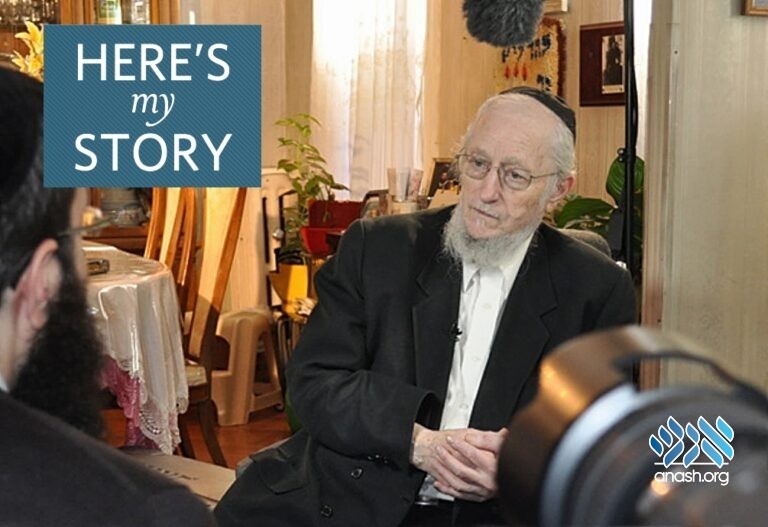 When a young woman who was set to undergo heart surgery discovered that she was pregnant, doctors recommended she have an abortion. The Rebbe’s delayed response ended up saving the baby.

Rabbi Mordechai Dubinsky has served as a teacher of Judaic studies for over four decades. He was interviewed in his home in Brooklyn, New York, in January of 2014.

In 1978, a neighbor called me up and told me that a couple he knew was coming to America from Israel, for the woman to have open-heart surgery. We had a spare room in our apartment, so he wanted to know whether we could accommodate them.

The couple, Amos and Madlin Agiv, were in their twenties and they had been married for two years. She was a high school teacher and he was studying engineering in Beersheva, and they had been saving up for this trip for some time. There had been a problem with a valve in her heart ever since she was a girl, but it had recently gotten worse after an infection, and needed to be repaired. In Israel, this was done by replacing the damaged valve with a plastic one, but she was still young and wanted to start a family, and there were concerns whether these plastic valves would be able to hold up in childbirth. So, they found a doctor in Texas who would do the surgery using a similar valve from a pig’s heart.

Before going out to Houston, though, they decided to spend some time in New York. During that time, we hosted them and made sure to help them feel at home.

One day, I saw that he was very sad, so I went over to him and asked, “Amos, ma yesh? What’s the matter?”

The matter was that, in the middle of their trip, they had discovered that Madlin was pregnant. They had actually been looking forward to having children, but in her state, giving birth could be very dangerous. So the doctor they saw in New York told her that she had to go through an abortion, and that it had to be done right away.

In addition to seeing a doctor, Amos also went to a rabbi, the famous halachic authority Reb Moshe Feinstein, and asked him what to do. “If this is what the doctor said,” Reb Moshe answered him, “then this is what has to be done. According to halachah, a mother should not risk her life in these circumstances.”

And so this was why Amos was so upset.

“Maybe you want to ask the Lubavitcher Rebbe?” I suggested.

At first, he refused: “When you ask one rabbi, you cannot go to another just because you didn’t like the answer from the first one.”

“It’s not a contradiction,” I reasoned. “Write to the Rebbe, tell him what you asked, what Reb Moshe answered, and then ask the Rebbe for a blessing.”

So, we sat down, wrote a letter detailing the situation, and brought the letter to one of the Rebbe’s secretaries. We expected to get a blessing, an answer… something, as quickly as possible: The call from Texas instructing her to come in for the surgery was going to come any day. So after a couple days, I went back to the secretary

to follow up on the letter: “Nu?” I asked, hoping to nudge things along. “Is there an answer yet?”

“I gave it to the Rebbe and he hasn’t answered it,” he replied.

I kept on calling him every few days. “This is a matter of life and death!” I urged.

“I will put your letter on the top of the pile of mail. But if the Rebbe doesn’t answer, there’s nothing I can do.”

A few weeks passed and the couple was still in New York. Finally, the secretary called me with a message for them, “The Rebbe said that they should ask the doctor in Texas what to do, and follow whatever he says.”

We called the surgeon and explained the situation. He felt there was still some risk involved but — and I don’t remember the exact term he used — if they really wanted to have the baby, then they could go ahead. “We can take a chance and wait until birth,” he said. “After the delivery, she’ll go through the operation.”

“Let’s go back to Reb Moshe,” I suggested. “Tell him what the doctor in Texas said. Whatever Reb Moshe will say, you will do.”

I had a friend who worked for Reb Moshe so I was able to make another appointment at short notice. I took Amos with me, and together we went to Reb Moshe.

“Ah,” Reb Moshe said, “Now it’s already after forty days.” According to halachah, an embryo assumes a different status after forty days, at which time it reaches a new stage of development. The Rebbe kept us waiting until that threshold had passed —and only then did he respond.

“Since the doctor in Texas told you that it is possible to deliver the baby, and forty days have passed, you should go through with the pregnancy,” he told us.

And so they went ahead. They moved out of our apartment but stayed in New York. A few months later, she gave birth to a healthy boy. Then she went on to Texas and, thank G-d, the operation was successful.

A couple of years ago, my wife and I went to Israel, and Amos came to see us. By then, that little baby boy already had six children of his own.